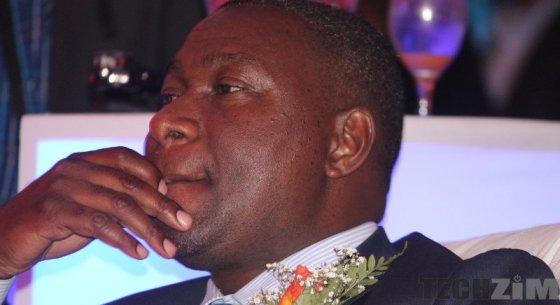 Supa Mandiwanzira, the Minister of Information Communication Technology and Cyber Security is under investigation by the Zimbabwe Anti-Corruption Commission (ZACC.) Allegations of criminal abuse of office or corruption were leveled against him by former Netone CEO, Reward Kangai.

Reward Kangai reported that Supa Mandiwanzira engaged a South African firm for consultational services without going to tender as is standard procedure. Kangai as Netone CEO at the time was then shocked to receive an invoice for $4m which he claims that neither he as CEO or the other board members knew about.

The company which had been engaged by Mandiwanzira is a Chinese run South African firm called Megawatt Energy. It was engaged to investigate a $248m deal between Netone and Huawei to see if Netone had not been overcharged.

Kangai reported that Mandiwanzira said that Netone had saved $31m owing to Megawatt’s consultation services as the parastatal had indeed been overcharged. As such Netone was to pay $4m to Megawatt as they were instructed by the minister. Regarding this, Kangai said in his report,

Megawatt was handpicked by Mandiwanzira to audit the Huawei deal and the firm did not provide a detailed report on how they arrived at the “so-called saving of $31 million.”

Kangai refused to honour the invoice claiming it was illegal for him to do so. He further claims that he alerted Netone chairman as to this fact and the chairman told him that the parastatal had to protect the minister.

Not only were proper procedures, which included going through the State Procurement Board not followed, Megawatt’s fees were much higher than what Netone would have paid had it gone the tender route. Other quotations were sought and the services that Megawatt provided could have been provided for as low as $300,000.

Kangai claims his refusal to pay the $4m is the reason he was relieved of his post as Netone CEO.

The above doesn’t paint Mandiwanzira in the best of lights. It only gets worse when you read further what Kangai claims.

As you probably suspected when you read that Mandiwanzira handpicked a particular company to engage, he stood to personally gain in Megawatt’s contract. Documents released show that Mandiwanzira is linked to Megawatt Energy, surprise surprise.

Kangai’s report claims Mandiwanzira’s company Blue Nightingale Trading jointly owns a building with CSEEC South Africa, LXD Group and Megawatt Energy Pvt Ltd which are all companies owned by Xiaodong who is a director at Megawatt Energy. Xiaodong is the one who signed the $4m invoice to Netone.

If Kangai’s allegations are true then that’s it for Minister Mandiwanzira. We are talking a dishonourable discharge for the Honourable minister and possibly some jail time. This new presidential administration cannot afford to lug around a corrupt minister. I hope for his sake the allegations are false.