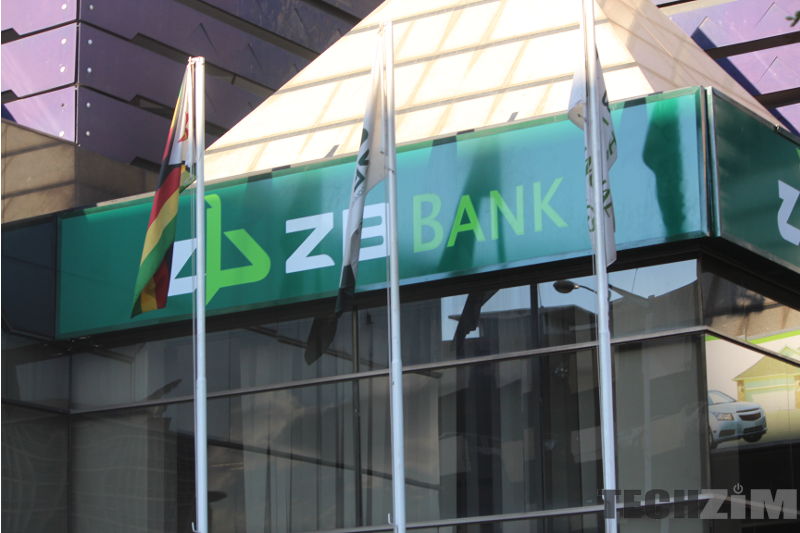 Techzim was in attendance as ZB Financial Holdings held an analysts and media briefing where their financial results for the year ended December 2017 were released.

Upon reaching the venue we were pleasantly surprised when we were asked to pull out our smartphones to register. We connected to their Wi-Fi network and proceeded to register on their portal.

On that portal we got to see a snapshot of the program and were advised that we would also be able to post questions for the speakers right on the portal even as they gave their presentations. We did just that. We were also able to download copies of the financial statements soon after the Chief Executive’s presentation from that portal.

That whole process was not just some random show of what technology can do, some hiccups with the system being a testament to how technology sometimes refuses to be tamed. No, it was a statement meant to reiterate ZB’s commitment to going green, to going paperless.

The Chief Executive, Mr Mutandagayi reminded us of how their front offices went paperless, footsteps the middle and back offices will be following in.

You will also recall that in the last quarter of 2017, ZB Bank discontinued manual RTGS and internal transfer application processing, instead advising their customers to register for online banking. This too was in line with their paperless strategy.

During the year 2017, ZB invested in additional system resources to stabilize its banking systems. This was in response to system outages in the first half of the year owing to exponential increase in transaction volumes. There is to be further investment in 2018 to enhance customer experience even further. This is the price of going digital and paperless, a price ZB is willing to pay.

At the briefing there were even trees which guests could grab to go plant. This was an exclamation mark on the ‘we have gone green’ statement.

Net profit after tax was up 36%, from $11.4m in 2016 to $15.5m in 2017. This impressive increase was as a result of the strong performance of non-funded income, otherwise known as fees and commissions or bank charges.

Banking fees, commissions and other income increased by $6.2m, from $35.3m to $41.5m. This was driven by the increased usage of the electronic banking platforms and the resultant increase in commissions on electronic transactions. This was the silver lining to the cash shortages in the country which led to a decreased use of cash and promoted the use of ‘plastic money.’

This shortage of cash however led to minimized borrowing from customers which in turn led to the net earnings from lending and trading activities decreasing by 15%, from $17.5m to $14.8m. This was after taking account an impairment charge of $3m. Lending activities (interest on loans) are the traditional revenue earner for banks, not non-funded income and the Chief Executive acknowledged this.

Mr Mutandagayi said the challenges in the economy greatly reduced interest income as explained above. However, the gross loan book increased by 12% in 2017. The outlook for 2018 is positive however; manufacturing and construction loans are expected to perform well. Interest income is thus expected to contribute more to group revenues in 2018.