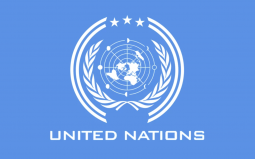 It has always been my secret dream that I get to speak to the United Nations, any committe really but the General Assembly if I could get lucky. Today I get to live that dream almost literally.

The Harare International School extended an invitation to speak at the Model United Nations Conference that is being hosted at their school. Think of it as a junior parliament but scratch parliament and think UN. I of course said yes. Speak to a junior version of the UN is even better or at least almost equal to the real thing.

I don’t believe in the young people as leaders of tomorrow giberish. Young people are leaders now! They are the most important class of leaders because they will hold that sit for long. I am particularly excited about the tobics that the Model UN will be deliberating on.

If they are speaking blockchain then they are on track right?

The particular topic I will present on has to do with cryptocurrencies and their possible role in curbing fiscal fraud. Without preempting what I will say I have to mention that I will switch this up a bit to talk more about blockchain technology more than cryptocurrencies.

I believe blockchain technology is going to be central to what people who are crazy about tech buzz words like to call the fourth industrial revolution or the more cool term, ‘Industrial Revolution 4.0.’ Blockchain is going to be used together with IoT, AI and data analysis to build a new digital infrastructure that we can’t even imagine.

This infrastructure will definitely have more secure and transparent system that would demotivate would be fraudsters. Of course as one problem gets solved, new ones will emerge.

But the point is on the relevancy of this discussion by young men and women who are in high school right now. They are the ones who are going to be the first natives of this new and digital world and I am glad they are already getting to probe at these technologies right now before they fully deploy.

When people this young ask these kinds of questions, it accelerates the development of the technology itself because it is them that will be able to see the new uses of blockchain and related technologies because they have not been too exposed to the current world which functions without these.

Anyway, before I waffle for too long: this was just a heads up, more like bragging really that I (on behalf of Techzim of course) will be taking part at his exciting event. Now if you will excuse me I have a presentation to prepare, I do have a date with the UN…