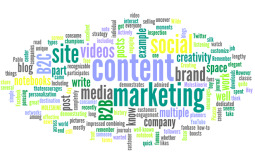 Competition has always been there, whether on a personal or organisational level. Winning is materialised by competing. One cannot race alone without other contenders and claim to be a winner, racing alone is just mere exercising.

A corporate cannot be called a market leader without market , it becomes a monopoly. Hence rivalry is essential for individual and enterprise development. In recent times the Zimbabwean business market has become very intriguing with companies outdoing each other to get and keep customers. In some these marketing clashes are developing into potential market-wars-like. The consumer, for once in a long time in this country, becoming a beneficiary not a victim of circumstances.

According to Modern Marvels in the height of the early ‘cola wars’ between and Pepsi-Cola, the latter was struggling and near collapse. In the 1930’s Charles Guth was the owner of Pepsi-Cola, close to bankruptcy he offered to sell it to then owned by Robert Woodruff who refused to purchase and end forever their perennial rival which has continued to fight tooth and nail for share up to this 21st century. This rejection emboldened Charles Guth to bounce back with the 1934 great depression giving him his opportunity. Americans were facing high unemployment and lack of income and -cola radically reduced its prices (as illustrated in the table below) to increase sales which had extremely positive results and propelled them back to not only survival but competing as well.

Accelerate the hands of time, more than eight decades later, the two antagonists are now multi-billion dollars’ worth of multinational companies but the friction is relentless.

In a sub-Saharan country in its own, maybe worse, of economic depression, has built market share and production infrastructure. Enter 2017-18; Enter the non-subservient setting up a production plant and its management rescreens the same old strategic attack. Cutting down the price of their soft drinks without compromising neither the quantity nor the quality as a market penetration strategy. This which is a relief as Zimbabweans are used to some Chinese companies who usually come to Africa with products reduced on both price and quality. At the time of writing a soft pet 500ml is going for a $1 and Pepsi pet 500ml is $0.50 cents.

The Zimbabwean market sensitive because the average person is finding it hard to earn an extra dollar to spend. In the there been soft drinks imports which had a well-defined target market of consumers and they thrived. The basics to infiltrate the soft drink market is for a manufacturer to convince middle merchants to stock their product with further re-stock levels determined by the rate the product is being bought by consumers. Therefore the manufacturer is greatly responsible for promoting and positioning its products so that the end users buy it and subsequently wholesalers, retailers, vendors, related-supply chain merchants will be eager to restock in increased quantities.

Therefore price is not the only factor; there are others like target marketing; brand acceptance and loyalty; product distribution, awareness, assortment and accessibility amongst some elements which determine success.

It is still premature to conclude but the early response of the market seems to be similar to the 1934 American scenario. The general increase in product availability and consumption of Pepsi products in the Zimbabwe market must be an eyesore for the market leaders. Yet is this sustainable in the long run? What they use as reinforcements? Will be drawn into a price war? How resistant is brand loyalty against a more formidable competitor? Consumers can only wait and see where this rivalry will end up to, hoping that they continue to benefit in the meantime. Exciting times are ahead, you can just wish you were sitting in the boardroom corner observing strategy developments of these larger than life soft drinks entities.

The Zimbabwean retailing market has recently been re-invaded by the coupon redeeming sales promotions strategy. I remember in the early 1990s used a typical promotion to give out water glasses and Calypso brand offered a small hand-held self-branded puzzle which at one time became crazes. In the international these have been available for a long time but the drive recently has turned to online advertising, promotion and purchases. They have taken it steps further with websites like and coupon cabin for online coupons and promotions codes. This which is another business system in-waiting for the Zimbabwean market as our internet usage only requires customization for our needs and wants.

Anyway back to our local situation, the idea behind this is to entice the customer to keep making repeat purchases as they attain to reach the redemption target to get their price. Retail giants who have noticeably, recently used this strategy are OK Zimbabwe and Pick n Pay. Customers are issued with stickers/ points and once they reach a stated level they collect cooking utensils. Personally, I saw that the Pick n Pay strategy has been , highly popular; judging by the number of their prices I see in the kitchens of people I know and the fact that wives always get angry if men buy goods from another shop and come back home sticker-less. How many times have you been enticed to increase your purchase quantity to reach the round off figure of $5, $10, $15……in order to get one more sticker? Zimbabwe seemed to have lost the plot on their deemed to be outdated and of quality utensils they were offering on redemption, at least that’s my perception!

Now a marketing war is brewing here because the Zimbabwean consumers are warming up more to the coupon/points promotions than the traditional ‘buy and stand a chance to win’ tactics. It’s a no-brainer really, a customer has more control in the coupon redeeming scenario and a guarantee that they will get the price if they continue purchasing to a stated level. In the buy and stand a chance to win it’s a gamble which many people will attest that they never win. Now if Pick n Pay continues with its promotion during a time when the popular OK grand challenge will be running. Now the questions will be;

Will a consumer be prepared to go for the guaranteed redeemable sticker or a gamble to win bigger prices which they are virtually fighting for with every other adult person in Zimbabwe?

On the other will the consumer also reach a disutility level with utensils when they feel they redeemed as utensils as they need and it seizes to be a motivator?

How effective will it be to use both strategies the coupon redeeming system and the ‘buy more and stand a chance to win’ promos? Will they complement each other or set back each other?

What is more enticing, reducing products prices or offering a redeemable price? Or both?

Exciting marketing times indeed! This marketing warfare does not only include these mentioned two retailers but other market challengers who want to attract more buyers. Companies need to conduct detailed market , regular customer satisfaction measurements, markets analysis and use them to come up with marketing strategies the other way round. The days of taking the consumer for granted are past gone, there are more options out there and the customer is not as desperate or irrational as some companies further assume.

There continues to be a lot of insensible promotions out there which are basically insulting the customer’s intelligence really. Especially the points system been greatly abused by some companies who tell people to buy or use a certain system to earn points in order to stand a chance to win. There is no mention of the number of points you need to or proper communication of the attained points by previous winners. In the customer is walking blindly in the promotion and the companies might think that the promotion is effective when in actual terms the customer was still going to buy or use the service regardless of the ‘pie in the sky’ promotions.

There are more marketing wars in Zimbabwe, as the market promises to be enthralling for consumers and for selling companies.