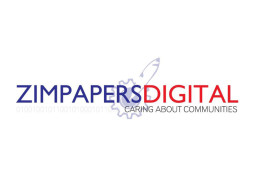 Zimpapers has been granted a broadcasting license by the country’s broadcasting regulatory body, Broadcasting Authority of Zimbabwe (BAZ).  The company which is into newspaper publishing and radio broadcasting has been awarded a content distribution license which essentially means that Zimpapers will distribute media content on the television.

The media company is in a bid to be a media company that will be a one stop shop for all media related content. It has even gone to great lengths to recruit industry experts such as Ruvheneko Parirenyatwa and reshuffle its senior management to meet their goal.

Not forgetting that last week Telone a government owned company was also awarded a Video-On-Demand license.

The Zimpapers license was granted just to fulfill formalities because it was already running a television station called Zimpapers Television Network (ZTN) despite that ZTN only broadcasted on Youtube and Facebook.  In essence, up to now ZTN is an online streaming service.

The license will see ZTN starting to produce movies, soaps, documentaries and series. A departure from the documentaries and corporate video which it was specializing in. Anyone with an internet access could access the shows as there is no subscription that is needed.