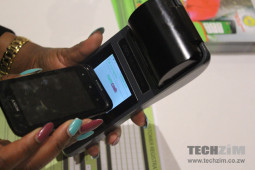 The volume, as well as the value of transactions processed through the POS terminals, declined significantly during the first quarter ending 31 March 2018 (Q1 2018). An acute shortage of physical cash has triggered a cash crisis forcing Zimbabweans to resort to electronic transactions.

Despite, the widespread and increased adoption of cashless transactions in Zimbabwe, it’s curious to witness this marked decline in the use of POS. POS transaction value declined by 10% to $1.9 billion down from the $2,1 billion recorded in the final quarter of 2018 (Q4 2018). And the transaction volumes decreased by 16% to 61 million in comparison to 73 million POS transactions processed in Q4 2018.

The curiosity is even raised more considering that just last month, The Reserve Bank of Zimbabwe reported that there was a 20 percent increase of POS devices (from 56 000 to 70000) in circulation. The question that comes to mind is that,  how can POS devices increase when the usage of them was declining? This drama is in the background of the fact that, cashless payments in the country have been dominated by mobile money for the past 6 months.

However, I don’t think the marked decrease in POS transaction volume and value can be attributed to the use of mobile money because mobile money platforms registered a decline of transactional volume to the tune of just 1%.

Rather, the decline in POS transaction volumes and values can be ascribed to just a general decrease in commercial activity in the country as the National Payment System in its totality registered a 9% and 4% decrease in value and transactions respectively in Q1 2018. The closure of many companies and increase in prices of many basic commodities has lowered aggregate demand in the economy and in turn lowering commerce.

Although financial institutions are pushing for the adoption of cashless payments systems in line with the Government’s push for a cashless economy, a huge chunk (although smaller than POS transactions) of transactions in the country are still largely in cash.

Incentives have been found to be effective in increasing POSs transactions and cashless payments in general, in markets such as India. To reduce dependence on cash-based systems, the Indian government has offered small tax rebates to traders who report that at least half of their transactions were made through cashless payments.