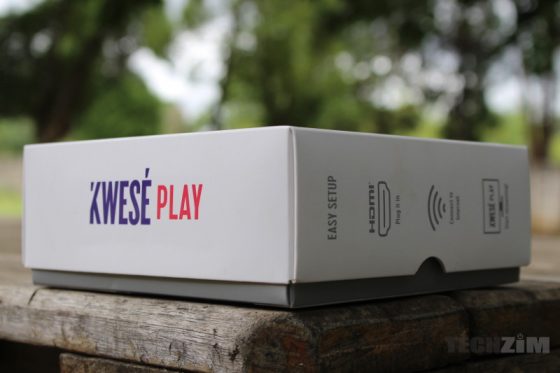 Yesterday, we wrote on ZOL’s partnership with Kwese Play and we were really excited about the offering. It seems our excitement was short-lived as ZOL has provided clarification on this package and how it will work.

Netflix comes at a cost

The $33 monthly subscription does not include a Netflix subscription. If you have never used Netflix before and you are signing up for the first you get one-month free viewing. The only stumbling block with this is that when you are watching Netflix your data will indeed be affected.

In our initial communications with ZOL we had been informed that Netflix would also be included in the packages and streaming would not consume any data. The email sent to customers also read:

Watch unlimited KWESE PLAY with ZOL and here’s the exciting part…. your DATA will not be affected.

Get a Roku powered KWESE PLAY Box for $110(financing options available) and get a free month of access to iFlix and 100+ streaming channels including Netflix, Red Bull TV, NBA, YouTube, TED, Bloomberg.

This email does communicate that Netflix is free the first month but it does not do so clearly. Secondly, it doesn’t set the record straight when it comes to the fact that the viewing that won’t affect your data is only for Kwese PLAY services. If you’re watching Netflix your data WILL BE AFFECTED actually.

It’s a bit baffling that ZOL would advertise their deal in this nature but the deal on the table is still quite alluring even if you remove Netflix.

You may also be wondering why Netflix is pre-installed on the device yet is not a Kwese PLAY service. This is because the device you’re given to access Kwese PLAY is not made by Kwese but in fact, is made by Roku. Roku makes streaming devices and on these devices, there are some apps that come pre-installed -Netflix being one of them.

Your $33 KWESE PLAY monthly subscription will get you:

This is still a very good deal in my opinion although it is not as exciting as we had initially thought. Free YouTube streaming is a great option and the On-Demand iFlix will have loads of content to enjoy anyway. iFlix is certainly not as big as Netflix but they do have a great pool of content to choose from. Another great thing with services such as iFlix is that you watch the programs at your own preferred time. There is no programming guide and if you want to watch an entire season of content, you can just watch (as long as the show/movie is on iFlix).

For clarity’s sake, the YouTube streaming does not affect your data when you’re watching YouTube on the Kwese Play device. Watching from your phone will still affect your data and you may want to watch your higher resolution videos from the Kwese device in order to save data.

No Netflix, but there is still value

The $33 you pay for Kwese Play without Netflix is still great value for money. With Netflix, it was a no-brainer (at least for me) but without it you may have to think a bit harder before parting with your money. My opinion still remains that this is a good deal but initially we thought it was a great deal.

If you are a ZOL subscriber this is still the only offering that can challenge DStv -unless you’re looking for the English Premier League- and maybe even offers more especially if you’re a huge YouTube fan. The iFlix streaming service also has a large content base and this may also draw in multiple users.