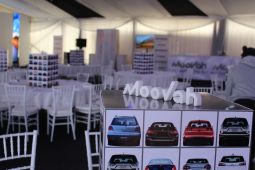 EcoSure recently secured a short-term insurers licence from the regulator of Zim’s insurance industry IPEC (Insurance and Pensions Commission). The licence was issued last week and Econet Insurance is not wasting time putting the licence to use.

You are probably thinking, “wait, isn’t Econet already involved in car insurance?? What happened to iDriveSure?” Well, let’s talk about that. It was launched earlier this year but that service was a partnership between TiB Insurance Brokers and Steward Bank. Econet was not really the insurer in those cases but were actually partnering with other players in the industry.

EcoSure Moovah however is Econet through and through. The packages are quite similar to the ones that were being offered by iDriveSure but since Econet were not licensed back then they could

The third party packages for EcoSure Moovah will be as follows:

Econet Insurance did not disclose what criteria will be used to actually determine how the customers will qualify for the pre-vetted packages.

Some of the perks that will come with all the packages include:

Tying this together with Connected Car

You’ve probably heard of Cumii. If not, they are a division within the Econet that focuses on all things related to IoT (Internet of Things). One of the products they have is called Connected Car and it allows drivers to have their vehicle tracked. Mr Jojo hinted that there would be something on the way for Connected Car customers who also sign up for Moovah. He hinted that the Connected Car will be used to determine driving habits and insurance premiums will be charged based on drivers’ behaviours.

This is something to look forward to because what it essentially means is that the more responsible you are behind the wheel the cheaper your insurance premium will become. There was no timeline indicated as to when this should be expected but it is something that will add value to the Moovah offering.

There will be a 10% insurance discount (exlusive to Moovah Comprehensive Cover) if you are an already existing user of Cumii’s Connected Car.

How to register for Moovah

6 thoughts on “Econet Group Goes All In On Car Insurance: Meet EcoSure Moovah”