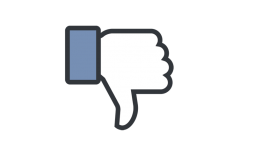 Mark Zuckerberg recently leap-frogged Warren Buffet as the third richest man on the planet but the grass is not entirely green in Facebook’s camp. The Cambridge Analytica Scandal seemingly came and went but the story is far from resolved and sooner or later the rooster will come home to roost.

Though coverage has not been as “in-your-face” as it was just after the scandal broke out, the social media giant is now being investigated by four government agencies namely:

These four agencies are not sure if Facebook are actually as blind as they claim to be. During this entire period, Facebook have placed blame on Aleksandr Kogan- the developer who developed the quiz app that harvested user data and sold it to Cambridge Analytica. The proverb that says “when one finger is pointing at someone, three are pointing back at you,” is very apt. Facebook were pointing at Kogan all along but now regulators are more interested in their involvement in this fracus.

The four government agencies were initially keen to know what Cambridge Analytica’s involvement was but slowly they have shifted their focus to Facebook. The agencies are interested in probing Facebook over statements and the actions they made in response to the leak.

A former director of the F.T.C.’s Bureau of Consumer Protection David Vladeck has taken the probes by four government agencies to mean Facebook could be in dire trouble:

The fact that the Justice Department, the F.B.I., the S.E.C. and the F.T.C. are sitting down together does raise serious concerns. It does raise all sorts of red flags.

Regulation is probably on its way

It is believed that from the onset, Congress was already agitated by Zuckerberg’s failure to tip them off about some of the more questionable data practices at the tech firm. One such incident, is Facebook’s partnerships with Chinese phone companies. Facebook shared real user-data to help manufacturers build Facebook functionality into their products. The data was shared through APIs and was inclusive of personal info such as religious/political affiliation about users, their friends and friends of friends.

The fact that these partnerships included data-sharing adds insult to injury and that this all comes at a time when China and America seem to be headed for a trade-war might be the straw that breaks the camel’s back -or maybe the straw that breaks the congress’s back. One of the beneficiaries of this arrangement was Huawei – a company which has been declared a potential threat to national security.

Tail between the legs

Throughout all this Facebook has been very humble and meek. Their Spokesman, Matt Steinfield has said they have been very cooperative with officials:

We are cooperating with officials in the U.S., U.K. and beyond. We’ve provided public testimony, answered questions, and pledged to continue our assistance as their work continues.

This is probably the best stance to take as a careless approach could lead to more trouble if more damning evidence is discovered whilst the social media giant is still being probed.