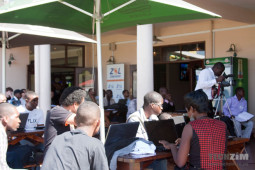 I would like to share the story of why and how I built my first internet of things device. All interesting stories start with failure and frustration , my story begins at ZOL Surge startup challenge. I arrived with a pitch to build a network of sensors that would monitor and alert residents of ongoing power cuts. I failed to convince the judges of the need and feasibility of such a service.

Despite the loss the idea stuck and so began a journey learning how to collect and share power-grid data.

The first breakthrough came from an unexpected avenue. I had recently started learning how to make android apps , learning about the sensors on a phone and how to manipulate them. The exercise had taught me to look beyond the interface of apps and see the interaction of sensors and data.

One day as I plugged my phone to charge I “heard” the notification sound. Wearing a huge smile on my face I plugged and unplugged my phone for 5 minutes, listening to the beep of the charging notification. I had realized my phone could monitor the state of power of an electrical outlet and as a bonus it was connected to the internet. I rushed out to buy a very cheap android phone and set to work coding. A few days later my first IoT sensor was ready. 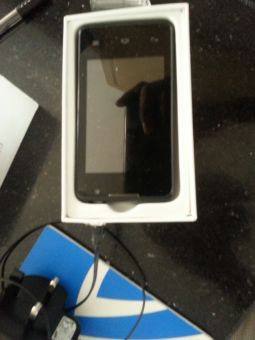 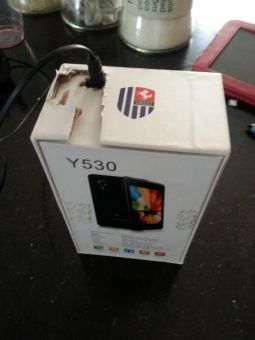 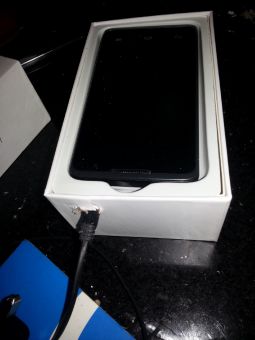 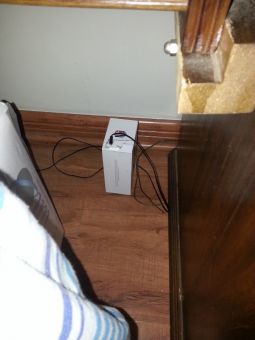 We are scientist we measure things

It was September 2015 and long power-cuts where starting to become the norm in Zimbabwe. Taking things in their stride Zimbabweans started to joke about donating bucket loads of water to the local power company’s hydro-electric power-plant. In the midst of all this I plugged in my new sensor and waited. After a week of logging data I reviewed and graphed it. Then it hit me, the power company and I were possibly the only ones who knew exactly how long the power-cuts were lasting.

I is for internet

My sensor was working perfectly recording power-cut data, the obvious next step was to send out alerts when power came and went . I started with SMS alerts, taking it a step further I created an API that was updated live by the phone sensor. Once you have an API its use and applications are only limited by a developers imagination as shown in the video below. Pay particular attention to the laptops battery/charger indicator.

In Zimbabwe if your home has a prepaid electric meter installed , with a bit of diligent note taking you can find out how much energy you are using. At the time I lived in a household with 3 adults with an average daily usage of 17kwhrs. Using the sensor data I did some back of the envelope (napkin for my American friends) calculations. We used 17/kwh a day at $0.14 a kWh coming to $2.38 a day. In October power-cuts were averaging 16 hours a day (16/24 = 0.66) bringing down the energy cost to $0.78 (2.38 X 0.33) a day. The power company was losing $1.57 a day in potential revenue from my home. Multiplied by 800 000 households eligible for smart meters the lost potential revenue came to $1 256 640 a day. 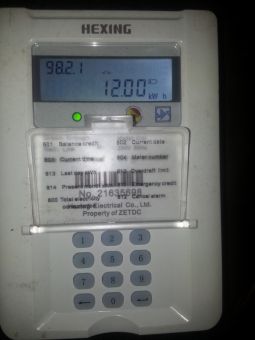 $1 256 640 a day is a big number to wrap your head around. If you break down the cost of a power-cut into smaller lengths of times, you start to get a clearer picture of the sums involved. Each line in the next the paragraph breaks it down into i) length of time power is out , ii) the lost potential revenue and iii) what you can buy with that money;

Though few and far between IoT, companies exist in Zimbabwe with most focusing on security and health. Because of the usual suspects of constraints, IoT use has had a slow uptake. I believe with a lot of will and a little bit of ingenuity uptake can be better. What started out as an idea led to a prototype that shed light on what the real cost of a power-cut is. Such an ability was impossible only a few years back.The technology has not reached its fullest potential and if we are willing to look beyond the usual sectors we could not only learn more but create business literally out of thin air.

As a country we are entering a stage of rapid development, IoTs and the data they produce can help highlight the areas which need immediate attention. The future of Zimbabwe lies in part in its ability to leverage IoT technology to gather data, analyse it to not only make informed decisions but accurately measure its progress.

Harvey Binamu is a developer, who is currently working for BLNGA. This a startup which works with Big data and Artificial Intelligence and does collaborate work with organisations in Civic Activism, Transportation and Investment industries. hbinamu@gmail.com

9 thoughts on “Future Picture: Why Zimbabwe Will Need The Internet Of Things”