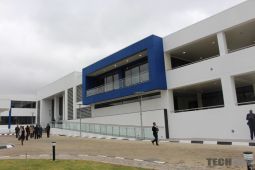 They moved into the new building a few months ago but the building was not yet open to the general public. The president was at hand to officially open the new home of the telecommunications regulator –part of a busy morning for E.D Mnangagwa as he was also on hand to open Zimbabwe’s first online platform for trading shares listed on ZSE (Zimbabwe Stock Exchange).

Here are some of the pictures of the recently opened POTRAZ HQ: 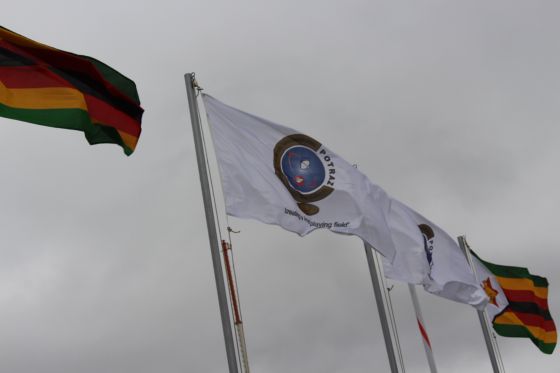 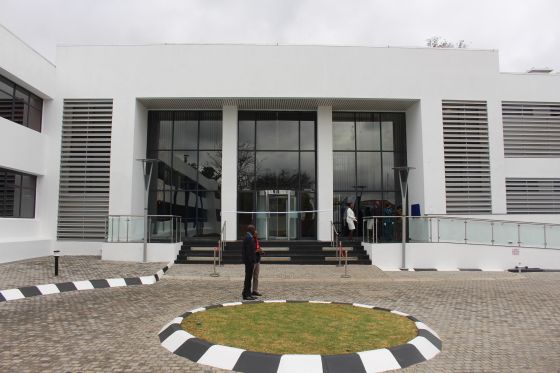 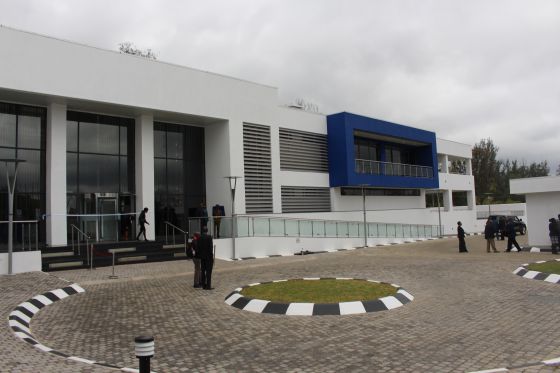 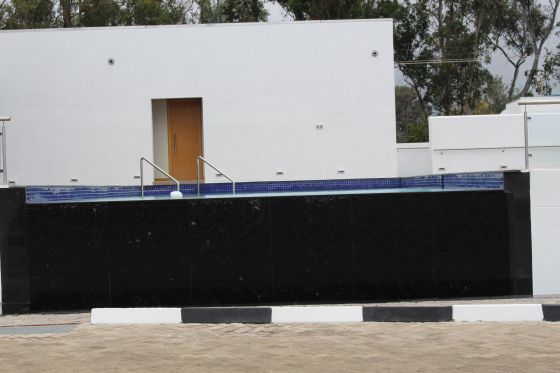 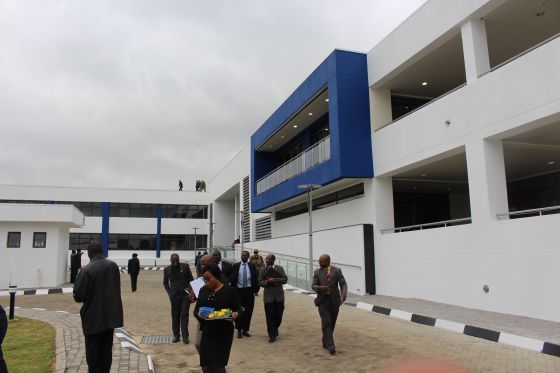 We did not get access to take photos inside POTRAZs new offices during our time at the event but having been there a few times the building as a whole is quite flattering.

A demo of the CICs

The new headquarters also features a representation of the Community Information Centres (CICs) that POTRAZ has been opening up countrywide to increase use of internet and facilitate research. You can check the pictures out below: 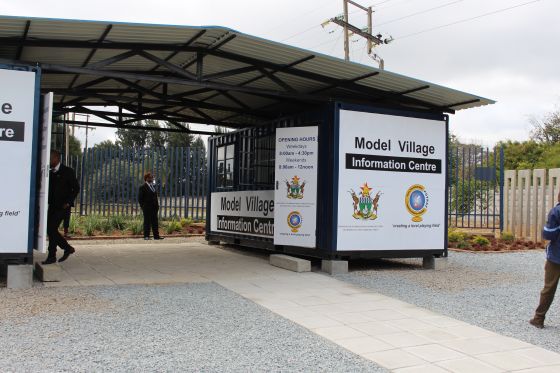 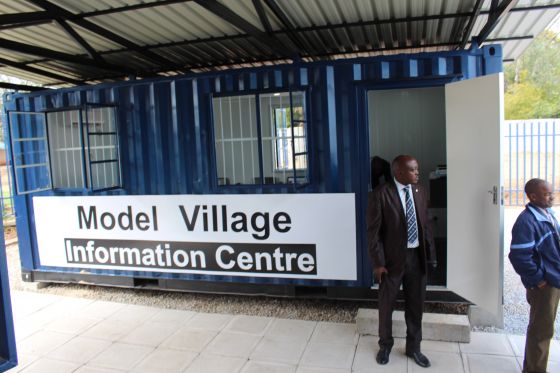 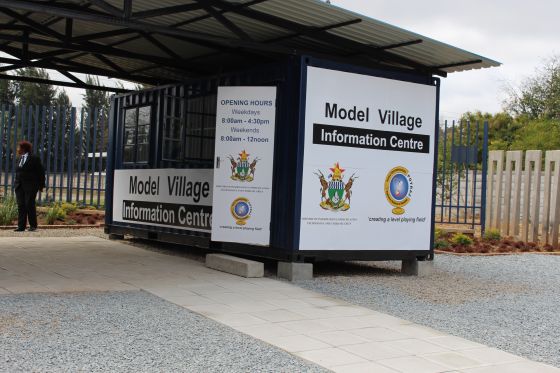 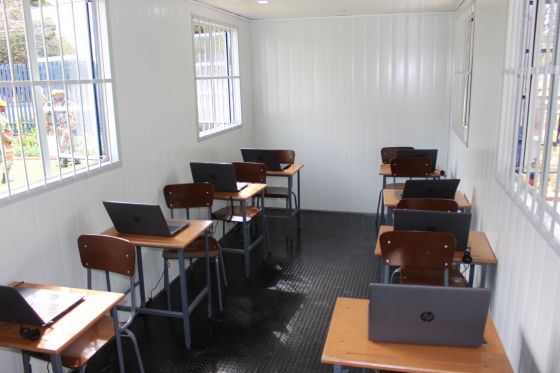 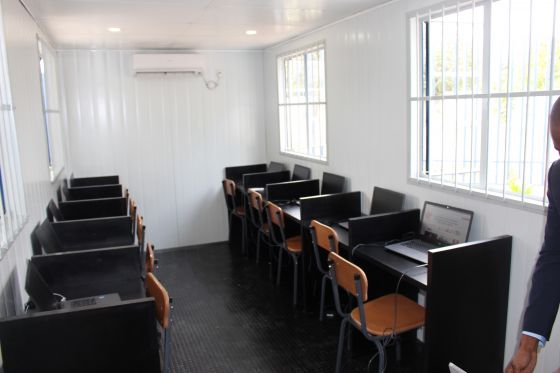 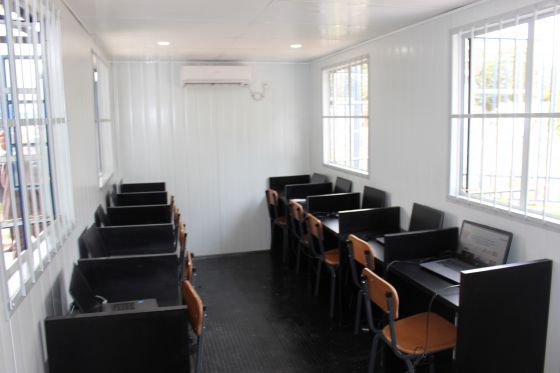 Speaking about the building Dr Gift Machengete -Director General of POTRAZ- had this to say:

In designing this facility, Your Excellency, account was taken of the evolving nature of communication regulation and the ever-broadening spectrum of stakeholders. During the days of the first generation regulation, Communication Regulatory Authorities would build themselves Ivory Towers from which they would shout commands and instructions: It was a command and control environment. Today, Zimbabwe is implementing 3rd Generation Regulation and those ahead of us are in the 4th Generation. The unrelenting evolution in regulation is in tandem with advances in technology which are creating new social dimensions and business models that impact every aspect of our lives, be it at individual, corporate, community or national level.

Today’s regulation is more open, consultative, collaborative transparent and agile. To that end, the POTRAZ HQ is intended to provide the ambience, space, conference and business facilities as well as amenities that meet today’s expectations and are future proof. The building offers an auditorium for both national and international conferences; Meeting Rooms for large scale stakeholder consultations and engagements as well as optimally sized consultation rooms for light meetings.

Machengete, popularly known as D.G also touched on the architecture of the building:

Allow me at this juncture to provide further insights into the features, amenities and history of this facility. The project is a consolidation of five stands, which were collapsed into one stand measuring 3,5 acres. The design is based on modern contemporary architecture which recognizes the concept of courtyards to maximize on natural light and ventilation, flexible planning of demountable office partitions that can be rearranged to suit any given situation.

The structure is an L-shaped double storey building whose North Wing houses offices on both floors and has a courtyard at the centre and a hall-way with windows right round the central volume for maximum ventilation and sunlight. Hard and soft landscaping was incorporated into the design to provide greenery and a dash of ambience for that homely and welcoming touch.

The height of the building was restricted to a maximum of two storeys by the City Council Town Planning by-laws because of its proximity to Mount Pleasant residential area. It was feared we would pry into people’s privacy from our office windows.

The architecture takes into account employee wellness by providing sporting facilities such as a gymnasium and swimming pool as well as a basketball and tennis court. The design of the building recognizes people with disability by providing access ramps, lifts from basement to first floor and ablution facilities in both North and South Wings. It also has a diesel backup generator to prevent disruption of business through power failure.

One would be forgiven for assuming that POTRAZ’s new state of the art building was complete but it is still a work in progress. The Director also disclosed that the project was 95% done and they were still waiting on the installation of lifts, auditorium seats and audio and visual equipment in some of the rooms. The only thing that appears to be holding back the telecoms regulator is the forex issue that continues to plague the country:

We are (however,) confident that the interventions by Government to normalise the forex situation will soon bear fruit and everything will be back on course.

POTRAZ is not immune to all the issues we face on a day to day basis and the forex issue looks to be giving them some sleepless nights as well.