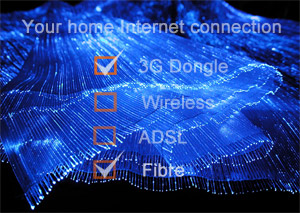 The average broadband speed around the world has increased from 7Mbps to just over 9Mbps over the past year, according to research by Measurement Lab, which says the data has been collected from 168 million speed tests in 200 countries for a period of one year ending May 19, 2018.

Published by Cable, the data reveals that Singapore has the fastest broadband services with average download speeds of 60.39Mbps, while war-torn Yemen came in at the last place with 0.31Mbps. Both countries retained their positions from last year when the list was compiled for the first time.

Meanwhile, Zimbabwe worsened its ranking on the list, by going 16 places to number 125 with download speeds of just 2.86Mbps. In 2017,  Zimbabwe came in at 105 with a measly download speed of 2.49Mbps, which put it below the likes of Kenya, Morocco, and Tunisia.

Even as internet connectivity in Zimbabwe has increased considerably over the past few years, speeds continue to remain a perennial problem. The first quarter of 2018 witnessed a 3.7% growth ( to 7,221,640) in active internet subscriptions and consequently increasing internet penetration rate by 1.3% to 52.1%.

While those in urban areas have access to relatively fast broadband, people in small towns and rural areas have to be content with slow connections that are just not good enough for the demands of the modern day internet.

2 thoughts on “Zimbabwe Ranks 125 Out of 200 Countries In Broadband Speeds, Slips Down By 16 Places”