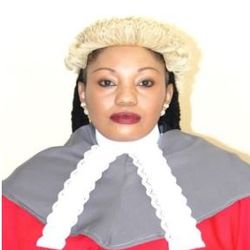 If you think you are safe for not posting your own ‘tweet’ but just ‘retweeting’ other people’s ‘tweets’ then you are wrong. You just have to ask Shadaya Tawona about this. Shadaya Tawona is popularly known for creating memes on the social media that interpret social issues prevailing in Zimbabwe. One ‘retweet’ he did about Zimbabwe Electoral Commission (ZEC) chairperson Priscilla Chigumba got him into trouble.

As he recounted what really happened, Shadaya said he retweeted a ‘tweet’ from a parody account pretending to be Mrs. Chigumba. The seriousness of the matter was highlighted by the fact that he was summoned by the police to report to their offices on charges of criminal assault to the ZEC Chairperson. Here is Shadaya’s account of the story;

Today I was called by the ZRP (CID department) to report to their offices on charges CRIMINAL INSULT. Apparently the charges were pressed by Mrs Priscilla Chigumba, according to the information I got from the police.

I spent the entire day at Morris Depot being interrogated with regards to this matter. The accusation is that I retweeted a tweet which sought to damage her personality. The tweet was from a parody account pretending to be Mrs Chigumba.

It’s alleged that my intention for retweeting was to not only tarnish her image but incite people. Fellow #twimbos watch what you tweet or retweet, they’re people who monitor these social media sites. You will unknowingly find yourself in trouble.

I was released on conditions that I’ll not leave the country & will have to report to the police at their request. The matter is said to go into court anytime, as I’m tweeting right now I don’t even know how long I’ll be a free man.

I’m not rich or powerful, I can’t afford lawyers, so it basically the matter is out of my hands, all I can do is leave it up to God. But #twimbos you’ve been warned, these social media streets ain’t safe anymore. Watch what you say.

I think I’m even going to be deactivating some of my social media accounts, I don’t feel safe anymore, I don’t know if the memes I put will be used against me by someone else. Watch yourself #twimbos

While retweeting amounted to republication, a retweet does not do anything extra with respect to circulation as the original tweet is already available to the world.

I’m sure the tweet was retweeted by hundreds of Twitter users, so that would have theoretically made hundreds of these people liable for prosecution. But why was he the only one summoned over this? Is it because he is followed by many people on Twitter which ultimately could mean that he has influence? In respect of that, having a lot of followers can be interpreted as a bane more than it is a boon in Zimbabwe. I suppose to escape prosecution one must now put a disclaimer in their Twitter biography that states that retweets are not endorsements.

Anyway, if the police do choose to build a case against insulting ‘tweets’ and ‘retweets’ then the threshold for their the criminality must be clearly outlined so that we know where to step.