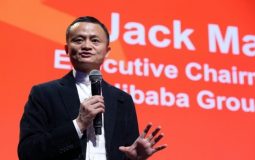 Jack Ma has made it clear that he is tired of the office and he’ll be hanging up his gloves on the 10th of September in 2019. The former teacher, who went on to found Alibaba –the Chinese eCommerce giant- and make billions, has said the decision he is making will make him much happier:

Though Jack Ma is no longer responsible for running Alibaba’s daily operations, he is still the face of the company and travels constantly and meets Presidents of countries among other things.

Where next for Alibaba?

Though Jack Ma clearly has a busy schedule, a succession plan is in place. Relatively unknown (to us at least) Daniel Zhang, will be taking over from Jack Ma in a year’s time. After handing over the reigns to the incoming Chairman, Ma will remain on the Alibaba board of directors until the 2020 annual shareholders meetings.

Ma also said he wants to return to education at some point though he did not mention in what capacity. Last year he famously said his “happiest moment in life was when I was making just 91 yuan (US$13.26) per month as a poor schoolteacher.”