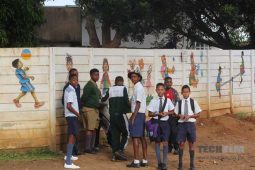 So we’ve been getting a lot of enquiries regarding the Ministry of Education’s platform to apply for school places online. A lot of people are worried about whether or not that platform is still alive. If you are a parent I’m here to hold your hand and tell you not to worry. eMAP will be back online on Monday the 5th of November and it will be operational until the 21st of December.

For those who are not in-the-know, eMAP is an online platform that allows you to apply for a form one place in Zimbabwe. The platform is meant to make the application process much easier and to remove limitations such as geography. The platform is also meant to remove corruption by limiting direct interaction between parents and the administration.

Apparently, there has been a message circulating on WhatsApp stating that eMAP is no longer functional and in our communications with the Ministry of Education  they let us know that the message was not coming from them and there was no truth to it.

Right now if you try to access the eMAP website to apply for a form one place, you’ll get an error message but the Ministry informed us that the site was down because they were working on some things and come Monday the site will be functional again.

36 thoughts on “Parents, Worry Not. EMAP Is Coming Back Online On The 5th Of November And You Can Apply For Your Child’s Boarding School”