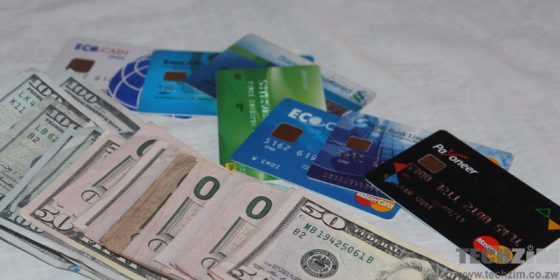 Tucked in the latest Monetary Policy was a statement by the RBZ governor that 80% of card infrastructure in Zimbabwe was EMV compliant. The governor also expressed his preference for technology as he clearly believes EMV has superpowers.

Further to the cyber security guidance, market participants are required to migrate to Euro MasterCard and Visa (EMV) standards to ensure enhanced card security features to curb cyber related activities. Currently, over 80% of the card infrastructure in the country is now EMV compliant. Financial institutions should therefore ensure that all cards issued in the market are EMV compliant by 31March 2019.

So what exactly are these EMV cards you ask? Well, let’s begin with the acronym, it is one of those peculiar acronyms in tech such as PHP or SIM card. It used to stand for something but now it is a proper noun in its own right. It stands for a more secure payment system that makes use of smart cards ( as opposed to magnetic strip cards) that come with an integrated chip.

Originally EMV, the name which is used to reference the standard by the RBZ, used to stand for Europay, Mastercard, and Visa, the three companies that created the standard between 1993 and 1994. The standard is now managed by EMVCo, a consortium which is equally controlled by  Visa, Mastercard, JCB, American Express, China UnionPay, and Discover.

Although there are various implementations of EMV they all involve a card with a chip embedded in it. Some cards such as the one issued by StanChart have a magnetic strip for backward compatibility purposes. Whereas traditional cards are swiped an EMV card has to be inserted. The chip has terminals, not unlike those of a SIM card which allows the terminal to read it.

How do they boost security

Technology has advanced to such an extent that magnetic clone machines can clone and create a copy of an ordinary magnetic strip card with relative ease. Zimbabwe has been hit but issues of card cloning in recent years as we became a relatively cashless society.EMV cards are much harder to clone.

Infrastructure is there but banks

Note that the governor said EMV infrastructure is now at 80%. Most banks cards, especially from those lite accounts, are very much magnetic. However, 80% of the readers deployed out there can now handle EMV cards which is good news. To be honest I have never had problems with my EMV card.