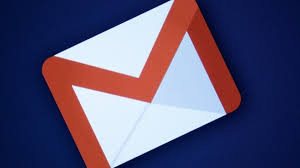 Today marks the 15th anniversary of Gmail, which first launched in 2004 and now has more than 1.5 billion users. To celebrate Gmail’s April 1 birthday (yes, some speculated the service was an April Fools’ joke when it first debuted), Google is releasing a major update to its email service, including the ability to schedule emails. About this feature, Gmail (or rather Google) said:

Ever want to get an email off your to-do list but it’s after business hours, over the weekend, or to someone who is on vacation and you don’t want to interrupt them?

How To Schedule Email in Gmail

Scheduling emails in the updated Gmail interface simple, so you will no longer need specialized extensions/plugins like Boomerang to send emails later. Now, instead of a solid, blue shape, the Send button at the bottom of an email composition window includes a little arrow tab, indicating additional features. Click it to reveal the “Schedule Send” option. Google will propose a few times for you, or you can schedule the email to go out whenever you’d like. Watch the video below to see how you can do that: