Dark Mode Might Not Be Coming To WhatsApp After All 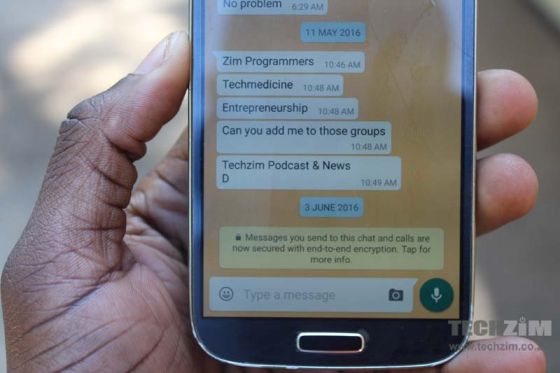 If you’re part of the DarkModeEverything Movement (I just named it that) you’ll be disappointed to know that the much anticipated WhatsApp dark mode might not be coming to the application after all.

After rumours started swirling confirming the existence of the feature we even got a closer look at what dark mode would look like but alas, the feature might have died a premature death. WABetaInfo (the authority on WhatsApp leaks) has said the company has stopped working on the feature.

If you were hoping that soon you would be able to text late at night without burning your eyes, you might have to wait a while longer longer before the feature comes, if it comes at all. Because this is not an official communication from WhatsApp, it’s not entirely clear if they are still working on the feature or if it’s been abandoned altogether…

Why are you still using EcoCash?

All WiFi devices are vulnerable to “frag attacks”, here is how to protect yourself

Agritech startups, here’s a US$2 mil prize you don’t want to miss

You may soon be able to get a job through TikTok…