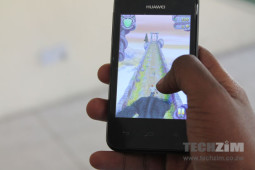 I recently bumped into a Twitter thread mentioning a game called Manzwi developed by locals. Though I’m not enthusiastic about gaming on my phone I thought I would give it a try and after doing so, I’ve been impressed.

Manzwi is a Shona word puzzle game and the author’s description on the Play Store states the following:

The game has pretty simple mechanics; you simply swipe to select letters tha make a word and as you progress and level up the difficulty of the words presented to you get harder and harder.

At the time of writing, the game has 25 chapters with each chapter containing 5 levels each. It’s pretty addictive and I quickly binged through the first 6 chapters on my first play through. I only stopped playing because I couldn’t solve the next chapter and finally decided to get some work done. It’s a pretty simple game but it’s also pretty cool and I would recommend you try your hand at it.

Watching in-game ads nets you a reward of $25 worth of in-game currency. The only problem with this is it’s not particularly clear what this currency buys. Initially, I thought it was a currency you could use to continue playing as other games require you to pay after a certain amount of games. That didn’t seem to be the case. Maybe I hadn’t played long enough.

The one other thing I wasn’t a big fan of was the fact that you can’t turn off background music. Maybe that error is specific to my Mi A2 but for now, I’ll have to wait on an update. This inability is made worse by the fact that there’s only one background song right now.

Oh and I can’t change the background colour even though there’s a setting for that.

The flaws I mentioned aren’t exactly game-breaking and can be fixed at later dates and they certainly won’t stop me from popping in and playing this game from time to time.

If you have any other local games that you’re enjoying, you can leave the names in the comments section and I’ll give those a spin as well…