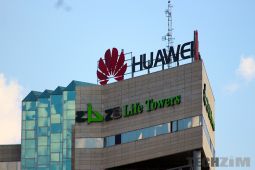 After over a month that saw the Huawei being shunned by almost every major US-based technology giant, President Donald Trump has today announced that US companies will once again be allowed to sell their products to Huawei. The US President said:

One of the things I will allow, however, is, a lot of people are surprised we send and we sell to Huawei a tremendous amount of product that goes into the various things that they make. And I said that that’s okay, that we will keep selling that product. These are American companies… that make product and that’s very complex, by the way, and highly scientific. And in some cases we’re the ones that do it, we’re the only ones that do it. What we’ve done in Silicon Valley is incredible, actually and nobody has been able to compete with it, and I’ve agreed and pretty easily, I’ve agreed to allow them to continue to sell that product. So American companies will continue and they were having a problem, the companies were not exactly happy that they couldn’t sell because they had nothing to do with whatever it was potentially happening with respect to Huawei, so I did do that.

However, this doesn’t necessarily spell the end of troubles for Huawei because when he was asked whether Huawei would be removed from the US Department of Commerce’s Entity List, President Trump said that the two countries hadn’t discussed that yet, and that it would be discussed at the very end of trade talks with China.

Still, this spells out some good news for Huawei, which has seen US based companies stopping all business dealings with the company, and some non-US ones ceasing business with Huawei as well. At the very least, US based companies like Google will once again be able to sell its mobile operating system to Huawei.