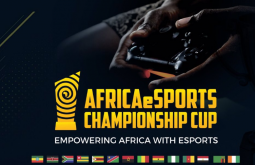 This August Kenya will be hosting the first ever African eSports Championship. The tournament will see a number of players from 27 countries on the continent come together and battle it out for a top place in FIFA and Tekken.

Zimbabwe will be participating and eSports Zimbabwe is calling out sponsor who are willing to assist them in their bid. The statement made on the eSports Zim Twitter page read:

Last year we announced that Zimbabwe will be one of the twenty sseven countries to compete in the Africa Esports Championship 2019 and we calling out all sponsors.

The #AfricaEsportsChampionship is supported by passionate and dedicated personalities around Africa, working hand in hand as friends and stakeholders for the bussingof esports industry in Africa.

We got in touch with the founder of the association, Thomas Phiri and he said the funds being called for will be used for the following:

If you’re interested in assisting the eSports Association’s efforts to attend the Championship you can email Thomas: thomasarnold@esportszimbabwe.co.zw