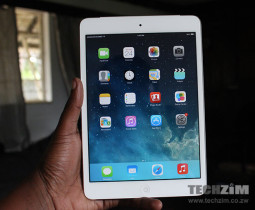 It’s totally absurd for an institution that’s borrowing money to meet its salaries obligations to splash money on iPads. Better yet, its even struggling to buy water treatment chemicals. This is Harare City Council (HCC) that I’m talking about.

According to The Herald report, HCC will spend around ZWL $23000 to buy each councilor an iPad. The finance committee’s minutes, as reported by The Herald read:

Under matters for which the chairperson’s consent had been obtained, the committee was advised that the tender processes (of iPads) had been completed and the matter was now with the Procurement Regulatory Authority of Zimbabwe and it was anticipated that approval would be received within the month of June 2019

The finance committee was advised that procurement of councillors’ iPads was now at PRAZ. The procurement would be completed by mid-July 2019.

You never know the money splashed on Ipad was probably borrowed. The reason why councilors really want to use the iPads for is not known and I even dare to think that a majority of them struggle to use computers in their offices. Do they want to do their jobs on-the-go using iPads? I highly doubt it. This is not the first time they have made this request, last year in October they made a similar request.

I understand that these gadgets can probably ease their workflow but buying such expensive gadgets at a time when they are struggling to buy water treatment chemicals (and at a time when we are running with the theme “Austerity for Prosperity) is so ironic and doesn’t make sense. Okay, even if they really need tablets, why didn’t they, at least, go for cheaper brands like Samsung.