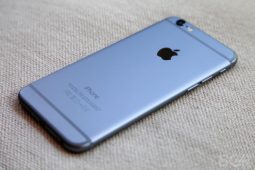 iPhone fans are generally pretty adamant about switching to Apple’s newest mobile hardware. However, a report now suggests that fewer number of iPhone users are trading in their old handsets in favor of a new variant. The loyalty of iPhone users, which includes their retention and upgrading has declined by 15.2% as compared to March 2018.

Compiled by leading trade-in website BankMyCell, this report works with data collected from over 38,000 people in the period between October 2018 to July to discern how loyal users are towards their smartphone brand. The report talks about how brand loyalty changes during the smartphone upgrade process.

As I already pointed out, iOS users are either sticking to the iPhones they own or moving over to Android instead of switching to the latest iPhone XS series or affordable iPhone XR. This is even confirmed by a decline in sales figures of its iPhones over past quarters, forcing Apple to decrease retail price for its affordable new iPhone in some regions.

In a nutshell the report found out that iPhone loyalty is at an all-time low since 2011. It now sits at around 73% as compared to the all-time high of 92% from a couple of years ago.

Furthermore, close to 18% of June’s iPhone trade-ins on the website were for Samsung’s new flagship. This report paints Samsung as the flagship hero while showing you that iPhone sales are on the decline. However, you must take into account that the collected data set is measly as compared to the total iPhone userbase. The numbers can surely see an improvement in iPhone sales figures as iPhone 11 will make its debut in a couple of months.