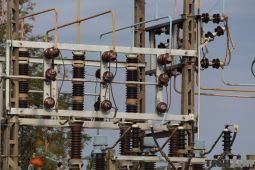 President Emmerson Mnangagwa recently made a trip to South Africa to meet with South African President, Cyril Ramaphosa to discuss a number of issues, chief among which being the electricity issue.

In an interview Ramaphosa also mentioned that these discussions had taken place and it seems the countries might be reaching an agreement of some sort in the near future:

Interestingly, President Ramaphosa said Zimbabwe has been able “to pay up the debt they owe to Eskom” which is quite confusing when a few weeks ago we were being told that Zimbabwe had made a US$10 million payment which is a portion of what is owed to Eskom and not, in fact, the full amount.

Ramaphosa did mention however that Eskom supporting Zimbabwe (and other countries in the SADC) will be a balancing act as they have their own challenges.

President Mnangagwa recently visited Mozambique with energy being an issue on the agenda again and according to the President Mozambique are receptive to the idea of sitting at the negotiation table:

My minister will go to Mozambique. I discussed with the President of Mozambique, Nyusi (my brother) and they are ready for us to discuss the issue so that they can also increase the supply of energy from Cahora Bassa to Zimbabwe on terms which are comfortable to us

With the electricity situation seemingly worsening by the day, the government is under pressure to get electricity as soon as possible. The Energy Minister has also urged citizens to pay their bills as that would help ZESA to pay off their creditors and keep machinery operational. ZESA is also said to be mulling a price increase on their tariffs as they claim current tariffs are unsustanaible.