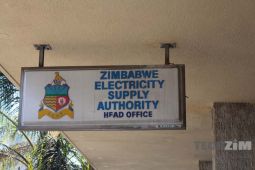 ZESA’s efforts to ease the power crisis are finally producing results even if the impact right now is minimal. Yesterday, Minister of Information Monica Mutsvangwa claimed that ZETDC has finally gotten access to electricity from the Southern Africa Power Pool due to a US$2 million facility.

…Furthermore, ZESA is now accessing 300MW during off-peak hours. This additional power is availed through the Southern African Pool Day Ahead Market under a US$2 million facility which was mobilised by ZETDC from its own resources. This [additional power] has reduced the duration of loadshedding nationally in most areas – I’m sure you have noticed, we are actually getting our electricity earlier than before and its taking longer to go in the morning.

Cabinet was informed that pertaining to the 400MW Eskom Import Power Scheme; negotiations are still under way and a more definitive position on the outcome of the negotiations will be issued once the remaining loose ends have been concluded.

The Southern African Power Pool (SAPP) is a cooperation of the national electricity companies in Southern Africa with the support of the SADC. The members of SAPP have created a common power grid between their countries and a common market for electricity in the SADC region.

The Day-Ahead Market system allows participants to sell non-committed generation capacity (and in future possibly demand-side resources) on a day-ahead basis, and contributes to the regional optimisation of energy resources. Significant savings on time and effort, as well as a dramatic increase in the reliability of the settlement process, have been realised.
For SAPP the Day-Ahead Market system is a sustainable asset, playing an important role in the management and operation of the power supply infrastructure in Southern Africa.

The day-ahead market the Honourable Minister referred to is a system to enable daily trading of electricity between SADC countries (and administrate and settle complex electricity trading agreements). The market was established back in 2006/7 and was the first implementation outside Europe and the world’s largest power exchange.

As the Minister claimed in the Cabinet briefing load-shedding appears to have reduced in duration by about 3 hours in our area, though I’ve seen some people on Twitter complain that they are yet to see any changes whatsoever.

Hopefully, the negotiations with Eskom go well and the power crisis that has crippled businesses across the country can restore normal service.