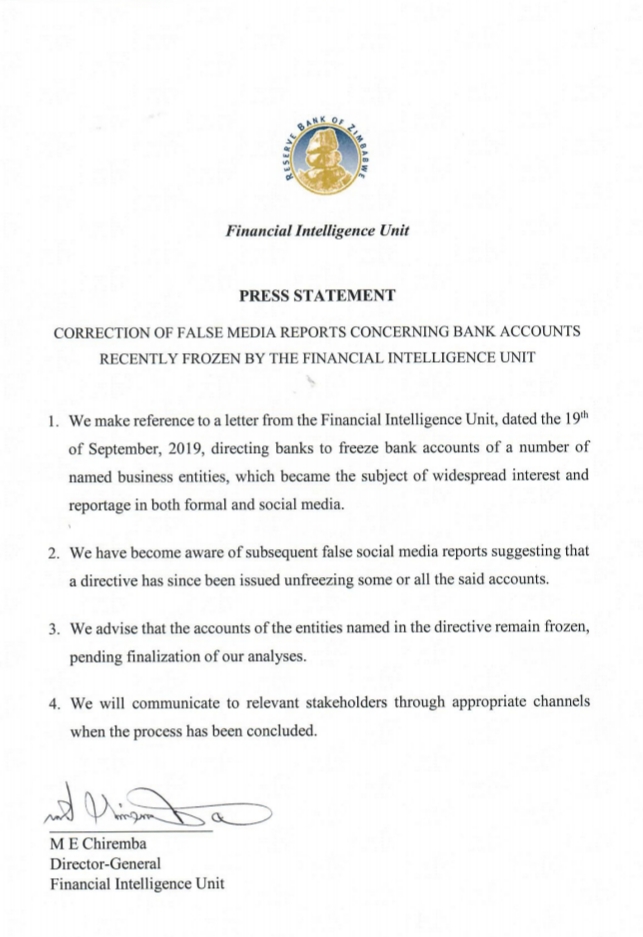 One thought on “RBZ Department, FIU Says It Hasn’t Unfrozen Bank Accounts Of Sakunda & Other 3 Firms”