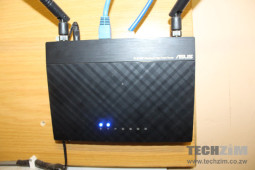 Presently, physical devices like Nest WiFi of Google or Eero of Amazon can be boosters to extend the range of the signals, and they work really well. However, researchers have developed a software that can help us achieve the same outcome with the Wi-Fi range increased by over 60 meters.

Interestingly, this software can extend the range of a Wi-Fi access point by over 60 meters and does not require any new hardware for enhancing the signal range. One researcher of project said:

We can send and receive data regardless of what Wi-Fi is doing; all we need is the ability to transmit energy and then receive noise measurements. We could apply this to cellular or Bluetooth as well.

That’s the really cool thing about this technology: it’s all done in software. In theory, we could install this on almost any Wi-Fi enabled device with a simple software update.”

However, this software is not yet commercially available since other engineers still need to put it under rigorous testing. Hopefully it went pass the test and might see this being added into the future WiFi standard and only then will we be truly able to judge is usefulness. But, as pointed out by the researchers, this could be added to existing WiFi networks too via firmware, although that would still require a lot of testing and approvals to be granted first.