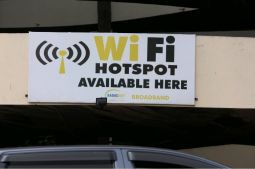 The next generation of WiFi is here. WiFi Alliance, an organization that oversees the implementation of WiFi standards, has officially started its WiFi 6 certification program. This means that manufacturers and Original Equipment Manufacturers (OEMs) will now be able to get their products certified to carry the WiFi 6 branding.

One of the biggest improvements WiFi 6 brings over previous generations is, of course, better connectivity and speed. With WiFi 6, you will be able to connect far more devices to a WiFi connection without causing any congestion or delays. That means in crowded places, it can support more devices than the current version of WiFi. The maximum theoretical speeds WiFi 6 can reach is 9.6Gbps, so the speeds you actually get will be higher than before- but, as usual, these numbers are highly unlikely in a realistic environment.

It also brings support for WPA3 encryption, which provides better security for your WiFi network as compared to WPA2 encryption. WiFi 6 is also expected to bring enhanced performance to emerging technologies such as virtual and augmented reality (VR and AR).

Where are the devices which support WiFi 6

This launch is largely just a formality as companies have been rolling out fully functional WiFi 6 devices for months now. Apple’s iPhone 11 and Samsung Galaxy Note 10 already have support for WiFi 6.

Laptops with 10th generation Intel CPUs also have support for WiFi 6 baked right into the CPU. Although if you’re looking to buy an older laptop, you are going to need a separate USB dongle with support for WiFi 6.

Also read: The Econet Kombi WiFi Dream Is All But Dead