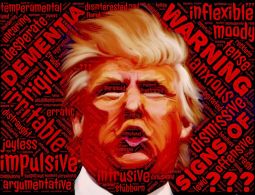 The only predictable characteristic of United States President Donald Trump is that he isn’t exactly a predictable fella. His latest move doubles down on that unpredictability.

Trump recently joined game streaming site Twitch. To the uninitiated, gamers record and share gameplay with other gamers and fans on the website.

Does this mean Trump will now be streaming Fortnite or any other popular game in the near future? Well, I wouldn’t put it past him but for now, he’s using the platform as part of his campaign strategy for the 2020 election which is quite interesting.