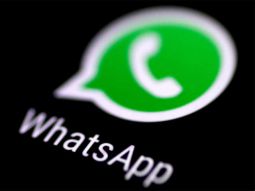 Users of WhatsApp should know that after Pegasus spyware attack they face another data theft issue. The company confirmed that they found a recent vulnerability which allows hackers to take control over WhatsApp as well as the phone.

Apparently, hackers created malicious MP4 files such that if downloaded in WhatsApp, they can take control over your WhatsApp, steal your phone’s data and even delete your WhatsApp account. Regarding the vulnerability, WhatsApp said:

A stack-based buffer overflow could be triggered in WhatsApp by sending a specially crafted MP4 file to a WhatsApp user. The issue was present in parsing the elementary stream metadata of an MP4 file and could result in a DoS or RCE.”

To remotely exploit the vulnerability, the hacker will need the phone number of targeted users and send them a maliciously crafted MP4 file over WhatsApp, which eventually can be programmed to install a malicious backdoor or spyware app on the compromised phone silently.

What should I do?

WhatsApp is urging users to update their WhatsApp app to the latest versions. In fact, users on the following versions of WhatsApp have to update their app without fail because they are the ones who are affected the most by this vulnerability:

Also read: 4 Apps That Can Make You Enjoy WhatsApp Better