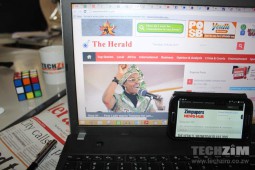 Zimpapers has released its trading update for the 3rd Quarter ending 30 September and whilst their profits and revenues have grown considerably compared to September 2018 the most interesting tidbits (for us and our obsession with the opportunity of the internet) was their performance in the digital space.

The company’s digital first strategy is starting to bear fruit as digital contributed 2% of the company’s revenue whilst the television project ZTN also contributed 2%. The board and management remains committed to ensure full capacitation of all new projects to promote revenue generation diversification.

Considering that during the period in review Zimpapers made ZW$65.5 million, this means the digital channels contributed ZW$2.62 million which is pretty impressive and probably reflects why “the board and management remains committed”.

Back in 2015, Zimpapers internet revenue was around 3% of the total revenue which might speak to the fact that they haven’t necessarily grown as much as they would have liked in this department since 4 years later the digital component is now up 1%.

Back in 2017, we wrote a piece on how Zimpapers was a profitable media company in internet trouble. Since then a number of things have changed for the better that show that Zimpapers understands the internet better than they did two years ago:

A number of forward-looking changes have been made by Zimpapers and one of their journalists I met earlier this year understood SEO and its impacts for online reporting in a manner that makes me believe Zimpapers when they say: