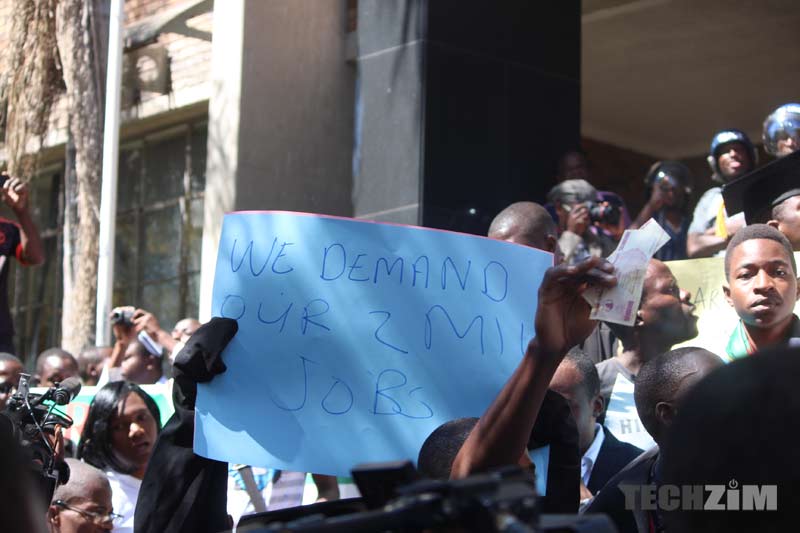 In less than a month, South Africa has witnessed a massive wave of rentrenchments, as companies across multiple sectors have announced job cuts running into almost 10,000. Some of these include network operator Telkom SA, Walmart-owned retailer Massmart,Arcelormittal, Africa’s biggest steel company, Pharmaceutical giant Aspen, and miner Samancor Chrome.

With a third of the country’s labour force made up of jobseekers – unemployment rates stood at a staggering 29 percent in 2019 with youths making up 75 percent of that – the current trend of job cuts will put even more strain on demand and economic growth. Also, going by expert opinions, the downsizing in January so far is likely to continue throughout the year.

The high rate of unemployment coupled with recent developments in South Africa, which is the region’s most industrialized economy, is reflective of a fragile economy as companies struggle to stay afloat. The worsening situation is further compounded by the fact that35 percent of all jobs in South Africa – almost 5.7 million – are at risk of total digital automation within the next few years.

Digitization has already reshaped several industries and jobs, and on the medium to long-term, it is expected to reset the entire business environment. And while this may produce an increase in productivity, it also results in the reduction of labour demand.

New technology-enabled jobs require higher skill levels and greater application of expertise and management, highlighting the need for a significant investment in human capital by organisations. According to Mercer’s 2019 Global Talent Trends Study, skills are in the spotlight. In leveraging against the backdrop of the Fourth Industrial Revolution in securing economic opportunities and growth, human skills, such as complex problem solving, inclusive leadership, social collaboration, remain essential to digital transformation.

With the threat of automation growing, however, most developing countries are the least prepared, even though the South African government has severally emphasised the importance of harnessing the digital revolution in overcoming unemployment and bridging the digital divide.

As long as companies continue to procrastinate on putting in place HR strategies and programs to harness the power of human capital to create sustainable futures and close this gap, there will be consequences.  In order to avoid a severe crippling effect, government, as well as the private sector, need to act now to make sure that employees possess the necessary skills to participate in the digital economy by enabling humans and machines to work together in the future.

Mercer’s Talent Trends report also points out that in 2019, up skilling and reskilling moved up the executive agenda from 9th to 3rd position; and has risen to the number one spot for the insurance sector. The trend is expected to continue in 2020.

Despite the fact that the general opinion on digitization is its disruptive tendency, it also has the potential to raise productivity and operational efficiency in businesses across sectors. Not just that, it is capable of delivering better outcomes for both customers and citizens, thereby creating millions of high-quality jobs.

With tightening labour markets increased sophistication in hiring for best fit, and a more demanding employee population, the key to achieving business growth is radically redefining how talent is managed, developed, and incentivized. Nonetheless, there needs to be concerted action towards investing in human capital, so as to realise the gains that come with digital transformation. All of which will not be achieved if the country takes a business-as-usual approach or is too focused on short-term gains.

For South Africa where poverty remains a pressing issue, alongside unemployment and poor social security, the country requires greater collaboration between government, business and labour in keeping up with the rapidly changing skill demand of jobs today. But even as businesses move to prepare for the future of work, it is crucial that the reskilling process matches the accelerated pace of digitization in the workplace.