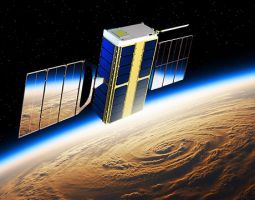 When the National Budget was announced last November, the proposed setting aside of resources for the launch of a satellite raised a lot of eyebrows.

Whilst there wasn’t much in the way of updates, the Minister of Higher & Tertiary Education, Innovation Science and Technology Prof. Amon Murwira recently confirmed that TelOne’s Satellite Centre is set for a $25 million upgrade;

We hope that as we start the next quarter, work will have begun. The work will be done by staff from our ministry. More than $25 million has been allocated to us for the setting up of infrastructure at the centre in Mazowe.

One of the biggest questions raised at the time was whether or not the money that would be invested in this project is justifiable and Prof Amon Murwira explained the government’s motivation in setting up a space agency and launching satellites;

Imagine how many people are paying for satellite television countrywide and all those millions in foreign currency we are paying to other countries.

How much is lost annually? BAZ CEO Obert Muganyura explained that US$1.2 million is spent annually because we don’t have our own infrastructure;

Ideally we should have optical fibre connectivity for distribution of broadcast signals from the studio facilities to each of the transmitter sites located across the country.

However, we do not have that optical fibre connectivity hence the reliance on satellite signal distribution.

If Zimbabwe were to launch its own satellite, the costs would fall away and savings would be made in the long term.

4 thoughts on “Zim Now Has $25m For Space Satellite Centre”