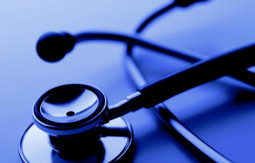 Maisha Medik is the application that refuses to die. The health app made it’s debut in June of 2018, as a repurposed version of the more popular ADA application. At this point in its life, Maisha was an artificial intelligence symptom checker.

One of the commenters in our initial article covering Maisha Medik had this to say;

Econet, Econet, why oh why.

Econet does this to us ever so often. They introduce a new, shinny thing, a new technology and force it upon users in some way, then at some point it just vanishes into nothingness.

Unfortunately for Econet – which Cassava was still under at the time- this ill-fated prophecy came to pass. A year later, Ada was gone but Maisha Medik was still around.

It seems Econet had found a different partner for their health ambitions but the move was a bit confusing because Maisha was no longer the AI symptom check.

Instead, we now had Maisha Medik powered by Talamus Screen. Yes the app was still a white label application and now it offered the following services;

Most interestingly, Maisha was also now available on USSD, though it worked pretty differently from what the app offered owing to the limitations of USSD.

Well, Cassava recently sent out a press release announcing they had launched “Maisha Medik … that is set to enhance Zimbabwe’s healthcare delivery sector.”

From that press announcement, it doesn’t seem anything has shifted from last years Maisha Medik with the following features highlighted;

The Maisha Medik digital platform will help connectpatients, doctors, health insurance companies and health services institutions, all through a mobile App, which will allow for secure and easy information sharing, storing of health records, as well as scheduling of medical appointments to facilitate efficient health service delivery.

This press statement does give us an opportunity to discuss something we hadn’t discussed before in relation to Maisha – the health records.

Patients will also be able to access their laboratory and diagnostic imaging results, while healthcare practitioners will be able to manage their patients’ appointments, view patients’ medical records and be able to make e-prescriptions or even do medical referrals.

The app promises “storing of health records” but one has to raise the question of how exactly these records being stored and what Cassava can do with these records since there is a regulatory grey area here.

Cassava already knows where I stay, has my phone number, and knows some of my spending habits because of EcoCash. For those of you who use Vaya frequently, they know where you go to as and now the company will have access to your health records.

More data can be a good thing with users getting more personalised services but equally we’ve seen the bad side of companies hoarding user data and that’s my one concern when it comes to Maisha Medik.

You can’t launch something 3 times

Ultimately, I understand why Cassava is calling this a launch. The coronavirus presents an opportunity for telehealth services and Maisha Medik offers just that.

It is a bit disingenuous to call it a launch but Cassava is probably trying to exploit the fact that none of us can visit a doctor physically at the moment and plugging their service which makes that possible.