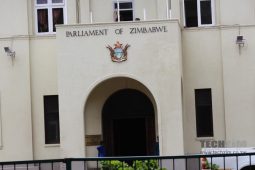 Parliament will today hold its first virtual sitting, prompted by the need to observe social distancing as part of the ongoing efforts to contain the Coronavirus pandemic.

Some of the legislators are set to follow proceedings from separate rooms, while others will be in the main Chambers.

Several other countries have already moved government business online, including the UK and Canada. Canada was an early adopter of Zoom for MPs, and Canadian legislators have been convening virtual sittings since late April.

Given the need to limit personal contact, it seems a good move. The pandemic will likely be around for some time but Parliament business cannot stop. Some of the MPs, especially the older ones, would be at greater risk. A move to fully virtual sittings will allow MPs to avoid unnecessary travel while at the same time being able to take part in Parliamentary business.

Limiting travel might also save the government money, as MPs get their fuel, accommodation, and other expenses catered for by the State. However, knowing our MPs they may still demand these allowances.

But it is not a development without problems of its own. Zoom, and similar services, are liable to attacks and disruption by hackers. Security concerns have dogged virtual meeting software providers ever since the pandemic caused an upsurge in online meetings.

Should Parly business move fully remote, as in Canada, the network coverage in many parts of the country, primarily 3G, might not be able to reliably transmit the video. Rural MPs might thus find themselves disenfranchised. Not all connections are equal (This may however encourage them to look into providing internet access to more parts of the country.)

It is also doubtful if the MPs themselves have sufficient tech know-how to use the gadgets, a point the Speaker was keen to emphasize last week when he urged legislators to “familiarise” themselves with IPads. MPs who are more comfortable with digital devices would therefore be at an advantage, while the less tech-savvy will face difficulties.

Another concern is that the move might further jeopardise our already fragile democracy. Normal Parliament business is broadcast on TV and gives ordinary citizens the opportunity to tune in and observe their representatives. Citizens can also physically attend and observe proceedings. It remains unclear if these virtual sittings will also be televised.

These are legitimate concerns but given the circumstances, it seems like the right move. Who knows, maybe even after Corona most sittings will be remote.