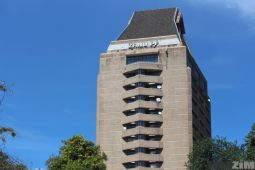 ZANU-PF has announced they will be creating provincial social media teams. The duty of these teams according to a Chronicle report will be to “defend the party and government programs on social media.”

This is a pretty interesting development and when you consider the party’s image online, it’s surprising ZANU-PF didn’t do this sooner.

According to Munyaradzi Machacha (ZANU-PF Politburo Member), social media is a battlefield they should control;

We therefore should come up with provincial social media teams to articulate the party and Government policies. While some people would be going to the farms while others work in industries, we should also have a cyber unit which will be involved in defending the party’s programmes on social media platforms.

Social media has become the new battlefield for control, but the opposition is using it to portray the country in bad light which is not the situation on the ground

Machacha went on to allege that the narrative on social media is false and the ZANU-PF provincial teams would counter that with facts:

We have facts and statistics of what is happening on the ground. While they send lies on social media our teams should counter that with facts and we expect each province to be doing this.

Having ZANU-PF represented on social media platforms will definitely be a good thing. Having the official ZANU-PF point of view on many of these issues will be interesting to say the least. Heated debates on Twitter in 3… 2… 1.