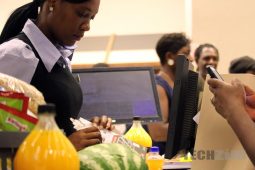 EcoCash is now integrated with the national switch (Zimswitch) as was mandated by the Reserve Bank earlier this year.

EcoCash Rewards works as follows. For every ZW$200 you spend you’ll get 1 point and these are points you can later on redeem. The following transactions will qualify for the Rewards promotion:

The points you have can then be redeemed by dialling *151*300# and these points will make you eligible to win some prizes. People will only be allowed to redeem their points at the end of the month.

This was done in order to give EcoCash an opportunity to add more partners who will add more prizes to redeem.

The fact that this promotion comes so soon after the Zimswitch integration suggests EcoCash is attempting to incentivise you and I to continue using it over the alternatives.

Whilst a promotion of this sort might make sense in the short term, in the long term EcoCash has to make their product more compelling in the face of an existential threat.

26 thoughts on “EcoCash announces new rewards program – Is this meant to soften the Zimswitch blow?”