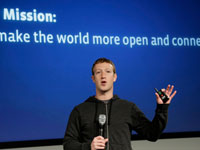 Facebook’s Mark Zuckerberg has been in the line of fire these last few years and few people sympathise with him. Even fewer people take the time to think how hard it must be to be him, as an information god. While people are often calling for Facebook to do more to police its platform and cull out abusers, doing that is easier said than done.

A leaked document seen by the Guardian shows how Facebook has to play the contortionist as it interacts with various cultures and governments from across the world. One of the burdens of having 2 billion-plus users on your platform is the cultural strata that you have constantly deal with.

The past few years haven’t been great for tech giants especially on the political and public goodwill side. While people cannot seem to be able to wean themselves off the products that giants like Google, Facebook and Amazon make, there have been clarion calls for a regulatory framework to rein them in.

It was not always like this. Long before they were a threat, companies like Facebook were greeted with optimism and trust. Larry and Sergy, Mark Zuckerberg and Jeff Bezos had modest beginnings when the internet was still a plaything. Governments and people hardly gave these companies a second thought and only thought of them when they went online. Yes, people actually had to go online at some point, it was a deliberate process that involved dealing with screeching dial-up modems.

These days things are markedly different. Everybody expects Facebook to conform to their idea of a perfect social network for example. That all seems fine in theory but in reality it’s not so simple and the leaked document shows why.

Instances of the tricky part

Facebook was born in America and suckled at the teat of the Statue of Liberty. Freedom of speech and democracy is their creed or so it was supposed to be. However, there are less “free” countries where certain powerful individuals will not tolerate having their citizens making fun of them. For example in Thailand making fun of his majesty the king is strictly forbidden and illegal. This limit on free speech is also incompatible with the laws of the United States and the western world in general.

So what will Facebook do with a post making fun of the Thai king? Should it appease the Thai and delete it and risk offending the western world where freedom of speech is deemed sacrosanct. What if the unflattering post was made by someone in the United States and a Thai court rules the post to be illegal? What should Facebook do in such an instance?

Then there are legal definitions to explain their terms of service. How do you define crimes and unethical behaviour? Take for example same-sex relationships. African citizens and their governments cannot countenance such but in a lot of western countries, their rights are unalienable. So do we delete a page promoting same-sex marriage in Zimbabwe where it’s illegal?

The endless list of tricky situations goes on and on and Facebook’s 300+ page guideline attempts to cover them all providing examples. It aims to be thorough and thorough it is. So in the above examples, the guideline says you can totally heckle them as long as your threats are not severe. Private individuals have more rights. It then goes on to describe a public figure as someone who has 100 000 followers or has had news articles written about them or is a leader.

The hodgepodge is Facebook’s attempt to make sense in a dizzying world and naturally, it has drawn criticism. It was always going to be criticised no matter what they had written in there. If it protected public figures for example you would have rights groups howling that they were partnering with politicians to silence dissent. If they adopted a Western standard of doing things they would be accused of trying to impose foreign western values.

It’s only going to get worse

It’s only going to get more complicated from here as more and more countries have decided to go their own way in terms of regulation. It would have been better had an organisation like the United Nations taken up the mantle and crafted universally applicable laws.

As things stand it’s a mess and even though Facebook ought to be blamed for the toxic material on its platform, people have to bear in mind that it’s not as easy as it sounds. We all like these companies to be the villain but it can be hard to be good when good itself is not clearly defined.