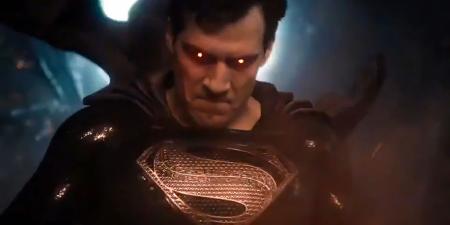 Zack Snyder’s cut of the Justice League dropped a few days ago and forgive my lateness with the review but this thing is 4 hours long and I wanted to do it all in one sitting. But before we get into that there may be some of you who are wondering how you can legally watch the movie in Zimbabwe.

With HBO Max’s coverage falling far short of South Africa let alone Zimbabwe. And with DStv (to the best of my knowledge) not having it, avenues to watch it legally are few. The one way to watch it legally I found was pretty pricey. The Snyder Cut is available on Google Play Movies for US$4.99 for a 48 hr rental or you can purchase the movie outright for US$12.99.

I went with the rental option because buying the movie doesn’t really make sense price-wise, and with the lengthy runtime, this is going to be, for most, a one or two watch experience.

Spoliers from this point onwards

My expectations were moderately high coming into this. Memories of the 2017 Whedon version were still fresh as well as the frustrations of Snyder’s exit from the project.

If the 2017 version showed us anything, it is that you are better served to allow the person who created a vision to finish it off. Because there was no coherence to the theatrical release. The movie felt like a highlights package or poorly chopped up version of what should have been.

And I can say with confidence that Warner Bros/DC made a terrible and reactionary error by booting Snyder. The Snyder Cut is everything that I imagined it would be and more.

Fans finally got the juicy bits that were excluded from the 2017 Whedon version. From beginning to end, motivations, actions, plot points and characters finally made sense and this cleared the fog that hung over comic book movie fans for the last 3 years.

Whedon’s version failed on many counts but chiefly because his rendition of Snyder’s vision took away a lot of the substance from the characters. Ben Affleck’s Batman, for example, was a character that didn’t make much sense because there wasn’t enough given to properly tell why he was becoming this embodiment of hope after the events of Batman Vs Superman.

To me, it looked like he was just trying to bring together a team in order to fight a threat. How the character was communicated appeared and felt like someone who was wrapped in guilt more than anything else.

However, Snyder added to this by sort of putting the traditionally quiet and brooding Batman in Superman’s place. By that I mean the extended run time gave us details, conversations and a feel that Batman was, until Kal-El’s return, the glue that brought and held this team together.

The same can be said for Ray Fisher’s Cyborg/Victor Stone. In the Whedon version, he was a husk who we only knew had some issues with his father over being neglected somewhat, his mother’s death and his transformation.

In the Snyder Cut, we get much more of this as well as the journey of someone who despite what he was, fought through his reality and condition to triumphantly rise to the occasion. This was evident in the final act where he enters the unity of the mother boxes and he is confronted with the image of his old self flanked by both his parents.

Gal Gadot’s Wonderwoman had warned him that the Mother Boxes would try to trick or persuade him into not completing his mission. In what was I think one of the moments of the film Victor Stone, different and conflicted as he was, told the apparition in front of him that he wasn’t broken and he wasn’t alone.

Aquaman, in the Snyder Cut, was helped by a little bit more when it comes to his position with his people of Atlantis. The reasons for him leaving were not fully fleshed out but the interactions with William Defoe’s Vulko and Amber Heard’s Mera showed that there was a fundamental conflict of ideologies that would make for an interesting follow up to his first solo film (if the time/storyline is even the same).

Wonder Woman occupied much the same role. She was the only person who had some familiarity with the lore of Darkseid and his attempt to conquer earth. What I think was elevated were the fight scenes, being the best natural fighter of the six Wonder Woman shone. In saying that there were no apparent changes to the Whedon version so maybe it was some visual effects trickery done in post-production.

The Flash maintained his role as the quippy and funny one but the biggest change was how much more we saw into the speed force. This was evident at the end of the movie when he ran faster than he ever did to undo the events of the unity of the Mother Boxes.

Steppenwolf probably benefitted the most out of all the characters

The one thing DC movies are known for, be they animated or live-action, is the quality of the villain or the antagonist. In the Whedon version, there were no layers of complexity added to Steppenwolf. He was just a blunt instrument on a mission.

In Zach Snyder’s Justice League however, he was an outcast seeking redemption. He was cast out by his mater Darkseid for trying to usurp him and had to pay a debt of conquering 50 000 planets to gain an audience with his master. This gave the charater far more life and made his struggle to collect the Mother Boxes a lot deeper.

Also, the visual character design was far better than in the Whedon version. His adaptive and reactive armour made him a far more meanacing-looking antagonist.

The big blue boy scout’s return was made richer by what Batman and all the other characters went through before his resurrection. In the Whedon theatrical release, it felt like Superman was just the weapon of mass destruction that would help them win the coming war. In Zack Snyder’s Justice League he was more than that. He was a beacon of hope that Batman was trying so very hard to be the understudy for.

If you have watched a Snyder film I am sure that you are aware of just how good the guy is at action sequences. This was amplified subtly especially with Superman. Big Blue moved and fought differently, it was a more “deliberate” display of his power than the Whedon version.

Warner Bros/DC giving in to fan pressure and giving Snyder his moment might have just saved the idea of the Justice League in many people’s minds. The Snyder Cut is a fantastic palate cleanser and even though it is largely the same movie as the 2017 theatrical release. Every addition and change that Snyder made looks critical. Take away anything of what Snyder did and the product will be poorer for it.

I can comfortably say that Zach Snyder’s Justice League is comfortable in my top 5 all-time comic book movies.