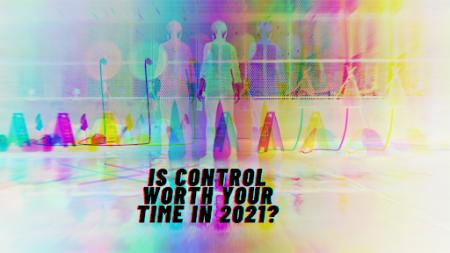 I played Control and to be honest with you I can’t fully explain it. That there sums up what control is. A game that poses many many questions but intentionally refuses to answer them. Despite being a super confusing experience, I actually enjoyed playing this game!

I don’t play horror/thriller games. I’m too frightened of them to enjoy the experience and so when I discovered that Control was in that genre shortly after firing up the game, I thought I was going to hate it. By the time I finished playing though I couldn’t wait to get to the DLC!

It’s hard to speak about the story of Control because as I said before there’s a lot of questions that you don’t get answers to when playing the game. The basic premise is as follows. You arrive at the FBC (this world’s FBI, I guess) looking for your brother who’s been missing for 17 years. Less than 10 minutes into your arrival you’re made the Director of this massive and shadowy organisation and you’re wielding a supernatural gun.

Shortly after that, you get to learn that the building is on lockdown and has been taken over by some supernatural entity called the Hiss. The Hiss possesses agents in the building and these possessed agents make a weird hissing sound – which wasn’t great for someone like me who is terrified of snakes.

Because you’re now the Director you have to clear this Hiss out of the building whilst still looking for your brother and that’s all I can say without going into plot spoilers.

Much like the story, the characters of Control, including Jesse are shrouded in mystery. You won’t discover much by talking to them since the place is in crisis, but you do tend to discover the depth of most of the characters in the game when you pick up classified files, watch recorded footage and listen to tape recordings scattered throughout the FBC building. It’s a different way of fleshing out characters but it means you have to like passively consuming these files to actually better understand the characters in the game.

The files also offer some explanations for some of the weird stuff that you’ll come across in the FBC building meaning you’re better of exploring and reading as much of these as possible if you want to understand the twisted building you’re stuck in.

The sound in Control is pretty great. Being an action horror game having a soundtrack that creates suspense is a must and Remedy games did a good enough job on that front. The voice acting is also good and the characters put across the urgency of the situation very well but unfortunately the voice acting is accompanied by some strange facial animations during conversations. In cut-scenes where characters are talking it looks as if their lips don’t touch and there’s a lack of emotion on the character’s faces which detached me from the game world.

The sound of weapons however is pretty great, with guns that sound really powerful which is necessary given that you’re wielding an otherworldly piece of weaponry which shape shifts to take the form of a pistol, grenade launcher, laser blaster and shotgun.

Speaking of weapons, the guns in Control feel punch and because they are complemented by great sound you feel the impact when you take on enemies. Like Jesse, weapons have upgrade & modification slots which make them more powerful as you progress and thankfully the weapon mod slots are simpler than their character counterparts.

In addition to the weapons, Jesse also has Telekinesis as one of her abilities and this allows her to launch objects towards enemies and this was by far the most powerful weapon in the game.

The combat itself is pretty fascinating because whilst Jesse is phenomenally powerful she also extremely vulnerable meaning you constantly juggle dropping enemies like a badass and running away because the fight is getting overwhelming. The game strikes an interesting balance in combat but overall I did enjoy the combat. Strangely, the game doesn’t really have many boss fights with most of your time spent fighting waves of hiss corrupted agents. The enemy variety is decent but it’s not necessarily a strong point of the game. The enemy AI also had a tendency to just stop fighting which gets irritating.

The world building of Control is by far the games most impressive element and the fact that the entire game takes place in one building is pretty amazing. Granted this is a building that connects to other dimensions but still Remedy Games made a very compelling world with so many layers, I wouldn’t be surprised if all the layers of the building were comparable to some of the more open world titles. In fact, the depth of the building means Control doesn’t suffer from the same problems of wasted space that open world games do and that’s refreshing.

Control is a very beautiful looking game with destructive environments that add a unique twist to combat. The destructible environments Remedy made for this game standout but in my experience these put a heavy strain on last gen consoles. I played Control on a base PS4 and many times there were frames drops and stutters, especially when the environment was being destroyed during combat. Weirdly there was a pause whenever I unpaused the game. All this is compounded by the fact that the textures don’t look as good as they can on last gen hardware which is to say the smoothest and best visual experience is to be had on PC and the new gen consoles.

These are not necessarily things that are wrong with the game but just things I didn’t enjoy.

Is it worth your time?

The big question is whether or not this game is still worth your time nearly 2 years after its initial release and in my opinion, it is. Control is a great action-horror game that was well worth the hours I put into it and it managed to win me over despite the fact that I’m a proud hater of the horror genre…

This video game taught me more about parenting than I expected…