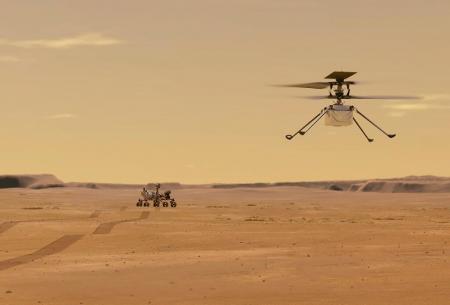 NASA has made history by flying the helicopter Ingenuity on Mars. The aircraft which is pretty much a drone took flight earlier today and becomes the first man-made craft to take flight on another planet.

Total flight time of the Ingenuity was about 40 seconds. The flight time might not be that spectacular at face value but we have to remember that the atmosphere on Mars is a lot thinner than what we have on earth. Ingenuity had to spin 5 times more per minute than it would have had to on earth (2 500RPM).

What this test has helped NASA achieve is a benchmark. The data collected will be invaluable for future missions to the Red Planet as well as other aerial vehicles that will be sent to other planets.