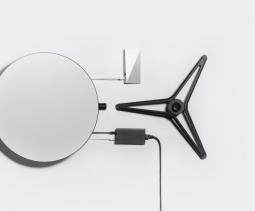 Even with its issues, Starlink’s satellite internet service is proving to be a disruptor. It seems with each passing week the service keeps getting better or making some grandiose announcement. Its competitors have certainly taken notice of this and have now sprung into action. It’s just not the sort of response I was expecting from them.

Competitors team up with regulators

You would expect existing satellite internet service providers to make haste and improve their products in terms of speed and affordability but these fat cats are not interested in doing that. Instead, they have decided to use the regulatory route to try and thwart Starlink or at least limit its reach.

Foes like Viasat Inc, OneWeb Ltd and Hughes Network Systems that have made their business for years by offering expensive satellite internet to remote businesses and homes are not happy at all with what Starlink is doing. They have put aside their rivalry and teamed up to challenge Starlink’s space ambitions before regulators in the United States and in Europe.

The arguments being made against the service are varied and range from laughable to preposterous. Some providers are claiming that the service is blocking their own signals while others have even claimed that Starlink’s fleet is putting their devices in physical danger never mind the fact that these satellites are at a different altitude that is hundreds of kilometres away from Starlink’s own fleet.

Some of Starlink’s competitors are arguing that Elon Musk, the billionaire who owns SpaceX the company that owns Starlink is simply reusing the strategy he used when he launched his Tesla models. That is the launch first and perfect later principle. This, they said, will result in the orbits above the earth being filled up by faulty, less than perfect satellites that will require fixing sooner or later. They want Musk to perfect his Starlink satellites first before he is allowed to launch them.

They sort of have a point, Starlink’s proposed technology requires a lot of satellites, tens of thousands in fact. When Starlink first launched its fleet about 5% of the satellites they send up simply failed. The company simply left them there as they fell back to earth. It’s all part of the process, and the satellites never reach earth. They just vaporise as they fall.

Starlink’s aim is that they improve their technology to the extent where only 1% of their satellites fail. This has not satisfied other players who contend that given the proposed vast fleet of satellites, there will still be danger of collisions up there because orbital space is finite. At the rate Starlink is launching satellites, it will have a near-monopoly claim to that limited orbital space which is something its rivals are arguing against.

They want the United States Federal Communications Commission to limit Starlink’s failure rate to 1 in 1000 satellites i.e. about 0.1%. In addition, they want the company to improve its collision avoidance technology and regulations meant to make sure they don’t block communications from their won satellites.

Meanwhile the Starlink juggernaut rolls on

Starlink on the other hand is marching on. A week ago the service launched its beta program in Australia. The company was given a licence to provide internet in low and remote density areas. In other words, all of Australia except its 6 biggest cities.

When it launched Starlink had the ambitious goal of providing speeds of up to 10 Gbps to remote and difficult to reach areas. They are nowhere near that goal with speeds averaging just above 100 Mbps. However, that is way faster than what most people in rural areas are getting. In fact, that is faster than what most households get in Africa and in Zimbabwe ISPs don’t even market speeds above the 100 Mbps even for fibre.