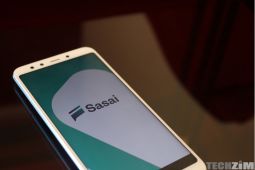 I want to admit at the very beginning that I have been a big critic of Sasai in the past. My biggest problem with it is that Sasai is too cluttered, there is just far too much going on for my liking and it seems like it’s the same for most people as well.

Now, I know that the theory is that Cassava created Sasai to resemble the super app, WeChat. But that might not have been the best course of action, in my opinion, because the figures don’t suggest that Zimbos want to use it in its current state.

I say that because when I was browsing the app recently, I found no one in my contacts who was on Sasai which I found strange. I thought there was, at least, one person I knew who would have at least dabbled or given it a shot even just to use it as a chat app but this isn’t the case.

Ok… So where is this all coming from?

Well, beyond none of the people I know not using the app. There is one narrative that I have heard over and over again in and outside of the Techzim Community which is “we need more locally produced apps“. Whenever a tender is awarded to a foreign company there is a chorus of people asking why a local company was not chosen or considered. That’s if there is one that can offer those services.

Now, this argument is of course valid because we need to build an ecosystem of applications and software that are more attuned to our reality. WhatsApp, for example, is great and all but when the Facebook-owned company makes changes they rarely have the people in Zimbabwe in mind. Because it’s the biggest messaging app in the world, they don’t have to cater to the needs of small markets like ours.

The importance of a native app is something that I learned first hand when I was in University out in Eastern Europe. Upon arrival, I thought that meshing with the local communities would be easy because in my mind if you weren’t using WhatsApp what were you doing with your life.

However, to my surprise, there were few locals I encountered who used WhatsApp, all of them were on this app called Vkontakte or VK. If you have never heard of VK, it’s a Russian social networking/messaging app.

It looks like a meld of WhatsApp, Twitter and Telegram and if you wanted to chat to the locals, well… you had to get it. Now saying it’s a combination of some things doesn’t, in this case, mean that it is a poor imitation. For what it is, it meets the needs of the target market and they get a platform that was designed for them and changes made are more in line with what they need.

Sasai is Africa/Zimbabwe’s VK but there are some problems…

Creating a super app for the continent was a bold move on the part of Cassava Smartech. However, the market hasn’t responded in a similar fashion as Eastern Europe did with Vk (60 million users) or more closely, the application that Sasai supposedly drew inspiration from WeChat (just over a billion).

At the moment Sasai is sitting at a hundred thousand downloads on Google’s Play Store. Now these numbers are shockingly low because this app is there to serve not only Zimbabwe but a good number of African countries.

The really sad thing is that the app, on paper, is super useful, here are all the features you get on Sasai:

There are other features like Sasai Check It which, according to its description, allows you to check products to see if they are genuine or not. I tried to load this feature but it doesn’t seem to be working on my end.

So as you can see thats a lot to pack into one app and this is where the problems start.

Problem 1: Sasai is both data friendly and not at the same time…

I know it sounds strange to say that something can be two polar opposite things at the same time, but let me explain. Sasai is data-friendly because it is currently the cheapest app to use in Zimbabwe. According to Econet’s latest price adjustment for data bundles, Sasai is still as cheap as it was last year.

Megabyte for Megabyte you will not find a better deal in Zim for a bundle that caters to one application. If you don’t believe me then we can take a look at WhatsApp which if you are on Econet (for the lowest bundle) costs ZWL$4.00 for 4MB for a daily bundle.

This is a really good deal, but the motivation for it was user acquisition more than anything else. This leads me to why Sasai is not data-friendly. To get the app you need 220 MB for the iOS version and 76 MB on Android to get it on your phone.

Beyond the data it takes to get the app, we need to remember that the majority of Zimbabweans are on phones that have modest RAM. Asking them to get Sasai in its current form is taxing both to the functionality of the user’s device as well as the money required to pay for a data bundle to download it.

Problem number 2: not everyone wants all of that in one application

As I said before Sasai is brimming with some very useful features but it looks like that isn’t what everyone wants. I often find it dizzying to navigate the application because I don’t even know where to start. When you open the app you are confronted with a bounty of things that just create visual noise more than projecting a swiss army knife and this at least for me and everyone I have talked to is a big problem.

How Cassava can solve two problems with one fix

As the title suggests, the fix that I can think could help propel Sasai higher is if they can find a way to break it apart into separate apps. Now this doesn’t necessarily mean that each feature will have to have its own but a combination of relating or complementing features under smaller umbrellas could help reduce the clutter in the app and there could also be one or two features that can be “Sasai wide” like Sasai Pay.

An example of how this could be done is if Sasai Chat becomes its own thing and it incorporates Moments as the equivalent to WhatsApp statuses as well as Sasai Pay. Now for those who might not see the Pay option as necessary to a chat app, it’s good to remember that WhatsApp has been making a concerted effort to get its payment platform “WhatsApp Pay” out and we saw that in Brazil the feature finally got approval after some roadblocks.

If WhatsApp Pay made its way to Africa and specifically Zimbabwe, this would surely be the end of Sasai. That’s if, of course, the Facebook-owned company can somehow get in line with the local financial regulations.

Breaking Sasai into separate and defined apps could also help with the size of the application. A lite version of Sasai Chat would be an enticing prospect for Zimbabweans especially with how favourably priced the bundle for the app is by Econet. Additionally, this would also make Sasai a potential home for those who want to flee WhatsApp after its newly instated Privacy Policy.

Will Cassava ever consider breaking up Sasai?

I won’t hold my breath on this one. First is that the folks at Cassava Smartech seem content with the trajectory that Sasai is on right now and them shifting to breaking up might be something they are not comfortable with.

Secondly and lastly the technical challenges this would present will be massive and cost quite a bit of money as well as potentially inconveniencing the app’s current audience. However, in my opinion, I think it’s absolutely worth it for Cassava to consider this course of action.

They can more specifically fill a number of needs at once on different platforms than to try to do it all at once in a super app.