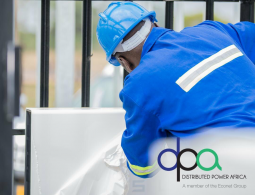 According to DPA Africa CEO Norman Moyo, the 10 MW deal was set aside due to delays in Nyanza’s Richards Bay facility which is under construction. Furthermore, both parties have the right to renegotiate any interest in the project once the buildings are in place.

The 10 MW DPA/Nyanza Light Metals plant was going to nearly half the facility’s energy requirements which currently stand at 22MW. It’s an unfortunate turn of events, however, there might be a chance that this could kick on again if both parties do wish to continue.

After all, DPA has been making a concerted push for the uptake of solar for industrial and commercial operations. This is primarily to help African companies and governments increase the capacity of energy generation outside the national grid supply.

Want to know more about DPA?

Earlier this year we got the chance to have a conversation with Distributed Power Africa’s CEO Norman Moyo about the company’s operations in Zimbabwe and Africa. You can check out that conversation with the link below.