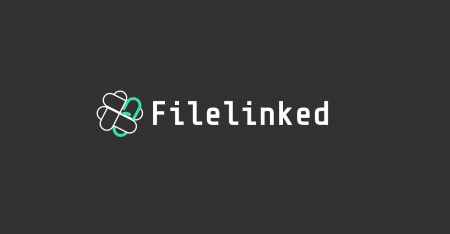 It seems Filelinked is no longer working. If you’ve never heard of FileLinked, it is an app that made it easy for people to install Android Apps that are not available in the official stores. It was especially popular in the streaming and Android TV Box community where it was one of the most installed apps alongside Downloader. While you can still install the app, the service that powered this app and made it tick appears to have disappeared from the internet for unknown reasons. If you try to visit the main site of the app you will get an error.

The use cases for Filelinked and why it was popular

For most purposes Google Play is quite adequate, something that is aided in no small part by the fact that it’s designed to be the default App Store for Android. However, there are times when it just will not do the job you want it to do. Consider the following use cases:

Normally in such cases, you have to search the internet for the APK and hope you are installing the right APK and not some malware. Most Android TV boxes, where the app was mostly used, do not even come with a browser. Since they don’t support touch input it means you would have to find a way to find these APKs, enter the download URL into Downloader, save the APK and then install it using a remote.

Filelinked solved this using an igneous solution. All you needed to do was install the Filelinked app following the tedious workaround above. Once installed, all you needed to install a given APK from a developer was a code such as 26649421 which is easy to enter using the remote. Once you entered the right code Filelinked would download and install the APK.

Developers could upload their APK to their favourite service e.g. DropBox or even Google Drive, take the download URL, enter it into Filelinked and a unique code would be generated which they could then share with whomever they wanted. Even if developers didn’t do it, you could do the same by finding the actual download URL of a file and generating the code yourself, use the code to install an app instead of having to type the entire download URL using a remote.

It is therefore clear that FileLinked didn’t host any offending APK. It just acted as a clever proxy or a nifty URL shorter that pointed to the actual APK. So technically they couldn’t have violated any copyright. So despite there being speculation that its disappearance was due to copyright action, there is no reason why this should be the case. It could be the service just ran out of money and went under.

Unfortunately, there doesn’t seem to be an alternative for FileLinked. The best you can do is use the following apps and alternatives:

As always exercise extra caution when installing apps from outside the official store installed on your device. I will also update this article if for some reason FileLinked comes back from the dead.

One thought on “FileLinked, a popular Android sideloading service goes down, here are some alternatives”