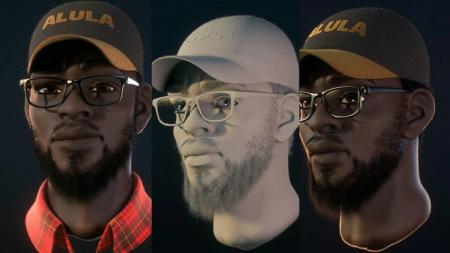 I recently had a great conversation with Pious Nyenyewa. Yes, the Zimbabwean animator who was recently announced as one of the directors of Kizazi Moto: Generation Fire (a Disney Plus Original anthology of animated films).

The fact that Pious has gotten this far means he has probably done something right. From our conversation I took away a number of things I feel will give many aspiring creatives/entrepreneurs the leg-up on their journeys. Heck, even non-entrepreneurs/creatives can still learn a few things from the man himself.

Pious says he knew what he wanted to be from a very early age. Whilst most toddlers are fascinated by cartoons, he wondered how exactly they were actually made. By the time he was a teenager, he knew that’s what he wanted to pursue as a career.

I genuinely believe that many times, people know what it is they are good at or at the very least curious about. It’s just that by the time we are done with school, the conventions of formal education and our immediate society are laid upon us. And we have doubts about whether we can turn our interests into careers.

If anything Pious had as much of a challenge. Animation isn’t a conventional career path globally but it’s less of that in Zimbabwe. For a Zimbabwean kid looking to pursue animation there are a number of problems:

Whilst Pious had a supportive family, the other problems were still big enough to derail most. I genuinely believe that because Pious was following his instinct (his fate for the more dramatic among y’all) he found the resolve to go through with it…

Sometimes you know where it is you’re meant to go. Don’t be like Jonah.

Becoming an Entrepreneur by chance

“Does the walker choose the path, or the path the walker?” — Garth Nix

Pious was an artist before he was an entrepreneur… In fact, when he set out to be an animator he didn’t do so with the intention of establishing a studio. He just wanted to tell great stories using animation as the medium.

Because of his talent, Pious started making adverts for Zimbabwean companies and before he knew it the demand for these commercials became so overwhelming that he simply needed to get more people working with him. At the time of writing, Alula Animation — the Studio Pious Nyenyewa leads- hires 13 people and in our conversation, he indicated that they hope to have around 20 people by the end of 2021.

Life is extremely unexpected and in a country like Zimbabwean where unemployment is rampant, the fact that Pious’ journey took him here is pretty amazing!

Starting with what you have

Many times people have brilliant ideas but they don’t execute on them because they don’t have a certain “thing”. It could be capital to start your business, a powerful enough computer to edit videos, recording equipment to start your music or first podcast etc…

Animation is a pretty intense craft and Pious had a problem. The hardware requirements are pretty crazy and out of the financial reach of many. What did Pious do? He simply started. Some renders took 20 hours — YES, 20 HOURS- but he was patient and stayed the course…

The value of starting with what you have is simple, you might never have enough resources to pursue your journey but using what you have at your disposal allows you to build resolve.

Many times, it also allows you to actually end up acquiring what you need to execute on your goals. Pious now has a beastly PC that breezes through his workflow but he only got to afford it by using the crappy PC first.

Remember, start with what you have!

There’s something that resonates deeply with me when basketball players (those who’ve just played well) say, “I was just taking what the game would give me.”

To me this is the height of strategy. Instead of forcing your way of play on opponents, the player assesses the strengths/weakness of the opponent and adjusts their own approach accordingly.

Whilst Pious doesn’t play basketball, I felt a similarity in his approach. When he set out to be an animator his goal was to make feature-length films. Unfortunately for him there just wasn’t enough demand locally or the capital necessary to even pursue such a project. What did Pious do? He took what the game was giving him — worked on commercials instead.

Working on commercials/adverts allowed Pious (and his team) to do two things:

The feature film came calling in 2021. Kizazi Moto: Generation Fire is a ten-part collection of premium original films set to premiere exclusively on Disney+ in late 2022. The film that Pious is working on with Zimbabwean writer Tafadzwa Hove will be titled Mukudzei (Adventures of Muku). It’s set in an alternate, utopian and futuristic Zimbabwe. To say I can’t wait to watch it is an understatement.

Lastly, when I wrote this I was listening to BlackWithWhiteStripes and I felt it would be criminal not to give them some sort of thanks as they are a part of this piece. Listen to the song below and tell me if it’s your jam in the comments below?

Farai Mudzingwa is a content creator and has a YouTube channel where he documents work being done by entrepreneurs/creatives/artists. If you find that kind of thing fascinating check it out and please subscribe.

Let’s help him get to a thousand subscribers. You can find the link to his YouTube Channel with the link here.