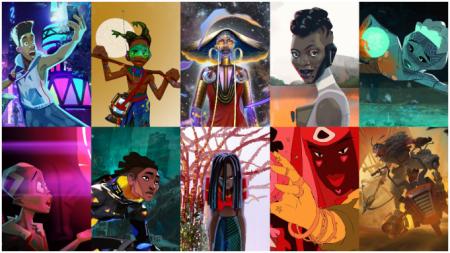 Two Zimbabwean content creators Pious Nyenyewa and Tafadzwa Hove have been selected to be a part of the Disney’s “Kizazi Moto: Generation Fire” African Anthology.

The two were picked along with 12 other African content creators to make ten short films for Disney’s streaming service. Disney’s selection process was curated by Cape Town animation house Triggerfish.

Kizazi Moto: Generation Fire, will be executive produced by Oscar Award-Winning director Peter Ramsey. His name will be familiar to Marvel/Sony fans because he was at the helm of Spider-Man Into The Spider-verse.

“I’m really pleased to be part of a ground-breaking, fresh and exciting project that’s aimed at exposing the world to a whole new wave of creativity and invention from a place that is just ready to explode onto the world animation scene”

The team at Triggerfish will also be serving as supervising producers. They were the ones who actually proposed the project and Triggerfish’s Development Executive Tendayi Nyeke and Writer/ Director Anthony Silverston will fill those posts.

“‘Kizazi Moto’ derives from the Swahili phrase ‘kizazi cha moto,’ which literally translates as ‘fire generation,’ capturing the passion, innovation and excitement this new cohort of African filmmakers is ready to bring to the world”

“‘Moto’ also means fire in several other African languages, from Rwanda’s Kinyarwanda to Shona, a Zimbabwean language, speaking to the pan-African spirit we hope this anthology embodies.”

Each film will be about 10 minutes long and together they will comprise a feature-length anthology that will be released on Disney Plus in 2022.