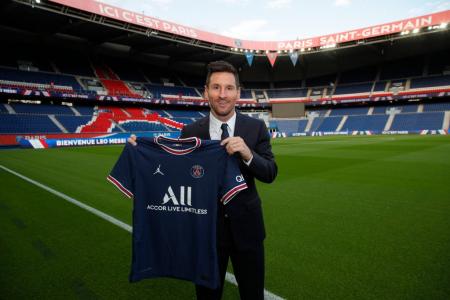 Unless you’ve been living under a rock, Lionel Messi has parted ways with Barcelona and has found himself in Paris playing for PSG (Paris Saint Germain). Now we can wax lyrical about how Barcelona absolutely botched this, I mean how do you lose one of the greatest players to ever lace up like this?! Anyway, Leo Messi is now a PSG player and well as you would expect this has done wonders for PSG’s social media following.

The power of the G.O.A.T. 🐐 pic.twitter.com/wulVuGHjvO

Whoever was running the PSG socials probably wasn’t prepared for this no matter what expectations he/she/they might have had. Messi socials too have benefitted from this move. The Argentine great (247 million) overtook Kim Kardashian West (243 million) in terms of followers on Instagram when his switch to PSG was confirmed.

I suspect the bump in followers for Messi might have a smattering of Real Madrid fans who secretly admired him but because of the rivalry with Barcelona couldn’t risk being caught by the council following a rival player. At any rate, this new season is going to be an exciting one, a lot of big moves went down (and continue to happen). One thing I know for sure is that this year’s Champions League is going to be something else.

7 thoughts on “The Messi effect: PSG social media gets millions of new followers”