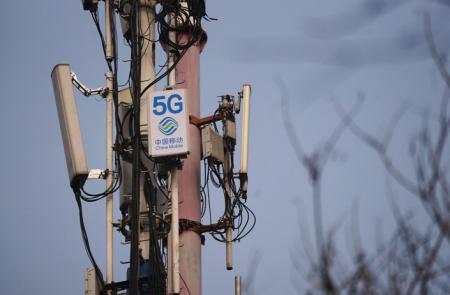 Our beloved government has a sort of undeclared tradition: they save their most outrageous bald-faced promises which they have no intention of keeping for Sunday publications. On these days they make grand claims and promise us the world. Most of these promises are simply forgotten by the following week. Usually, these promises are rooted in some hot national policy of the day, currently NDS1, and in the not so distant past, it was ZIMASSET. In this week’s Sunday Mail, the government made a rather interesting premise. The Minister of ICT Jenfan Muswere was interviewed by the government publication mainly concerning the upcoming Cyber and Data Protection Bill. He basically said NetOne was doing to be deploying 5G soon.

We are also finalising the e-government platforms and the roll out of the NetOne MBB (Mobile Broad Band) phase 3, which will see the deployment of more than 250 base stations including 5G.

List your products for free
What the Minister revealed.

That’s some exciting news, right? Everybody knows 5G is a game-changer when it comes to the way we use the internet and communicate. It promises faster internet speeds compared to the ones we have now. So what’s not to like?

Here is why I am not excited by the announcement

The biggest reason really is that in Zimbabwe, and I have learnt the hard way, promises made by the government mean little. It’s worse when they are made or revealed on a Sunday. It gets even worse when the words “soon” are used instead of a specific timetable. Not that the government has a problem with breaking promises with specific timelines either. Look at the many TV digitisation promises we had that included “before the year ends.”

The second reason why I am not excited is that when it comes to delivery Zimbabwe’s Telecoms have been utterly disappointing. They like to push big marketing words like 3G, LTE and 4G but to be honest we have never really reaped the benefits of all these promises. Even in Harare’s CBD speeds have barely lived up to what we expected of each of these technologies.

Right now I don’t see how 5G is going to improve our internet situation when our MNOs failed to deliver with 4G. My ISP consistently delivers a third of the speeds he promised-about 5Mbps via 4G. This is despite the fact they are using 4G and should be able to deliver much faster speeds than this. The thing is they probably don’t have too many 4G towers either and have in the past suffered from congestion.

I will tell you how and why this happened. Each time there is a new technology MNOs rush to buy new and expensive equipment. Install a few towers in CBDs and go on to rave about how they now have 4G. Most areas are still covered using Edge internet in the meantime. Even the few 4G towers they buy are heavily congested and do not deliver the promised experience.

In the meantime, someone has to pay for those shiny new toys. The cost is passed on to the customer through exorbitant data costs. This being Zimbabwe where we have a mercurial government and an unpredictable environment, MNOs are always keen to make sure that they recoup their capital expenditure in the shortest time possible. This means Zimbabwe’s data costs often end up being higher than what most people can afford.

I would rather we stick with 4G

Personally, I would rather we stuck with 4G instead of wasting money and moving into the 5G arena now. Here is why:

I would rather have a good and stable 4G that delivers what it promises instead of a fancy new useless 5G that doesn’t live up to its billing.

20 thoughts on “Govt says NetOne will soon deploy 5G base stations, here’s why I am not excited”