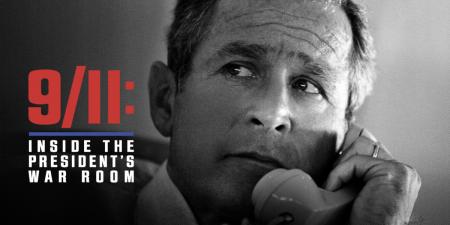 It’s hard to explain the world before 9/11 to bright-eyed ama-2000s but believe it was a different world when the new Millenium started. Even then, Iike now, I was a keen student of history and global events. There was so much hope, so much goodwill and it seemed like the world was on the mend. Then it all went to hell that night.

Everything changed when George Bush the president who had run against Al Gore on a promise to reform America’s education system turned into a wartime president. The war on terror he started has dominated American and subsequently, its country’s policy ever since. For example, everything we do on the internet and how it’s now regulated by different countries can be traced back to that day.

There have been so many documentaries and dissections of 9/11. We have seen so many movies of different quality, so many TV shows including nauseating cheap ones like 24 and so many words have been said. So what makes this one special? Two things:

So what do we learn from this documentary? We get to understand the fog of war first hand. Despite the title of this documentary there never was a “War Room” per se. Instead, the stunned American president spent the better part of the day on the move as confusion and misinformation reigned supreme.

The war room was virtual and one thing that strikes you, given how communications have matured during the pandemic, is how backward technology was back in 2001. Even the U.S president couldn’t hold a flawless virtual meeting on Airforce bases. He didn’t have satellite TV on Airforce One and most TV channels were analogue. HD was not a thing and most internet users relied on dial-up.

The documentary shows how this single event more than others made people rely on 24 news hour channels for updates coloured by emotional commentary instead of just facts. A habit that has continued for most people especially those with little internet and explains how companies like Fox News still thrive even in the age of the internet.

Most importantly it shows how this fateful day is so deeply burnt in the memories of all Americans young and old. It has made a whole country neurotic. More people die from lightning strikes in the US than from terrorism and yet it permeates every policy they make including stupid demands for backdoors in phones, mass surveillance and secret courts. They spend billions on it rather than gun reform or preventing accidents all of which kill more people than terrorism.

Learn history and you will learn the world